The programme has improved the lives of more than 770,000 people in the country

It's easy to take things for granted when you've only ever lived in a developed country. A prime example is lighting. When night falls, a flick of a switch and you're out of the shadows in an instant. Such a scenario, however, remains all too rare across large swathes of the developing world. Thankfully, though, this is starting to change.

For the last nine years, the International Finance Corporation (IFC) and the World Bank have been overseeing and implementing Lighting/ energy access programmes that, slowly but surely, are turning the lights on in Africa and Asia, including countries such as Kenya, Nigeria, India, Pakistan and Bangladesh. By helping create an environment conducive to private sector investment our projects - with hallmarks of being sustainable, commercial, and scalable - have helped more than 50 million people around the world. But we always need to do more.

Take Papua New Guinea (PNG) for example. Here is a country that has long sought to climb the ladder to prosperity only to be held back by a chronic lack of power. It was time for a more innovative approach.

Into the light in Papua New Guinea

In 2013, only 10% of PNG's population had access to the national electricity grid, leaving 6.3 million people without electricity for their lighting and cooking needs. Where there was power, it was expensive, with kerosene and battery replacements costing rural households in the impoverished country about $95 to $195 a year.

Like many developing countries, mobile phone penetration in PNG has grown at a faster rate than reliable access to the electricity grid. For many people living in the countryside, recharging their phone meant a long trek to a major town. To save power, more than 1.4 million mobile phone users in remote and semi-remote communities frequently have to keep their phones turned off, cutting their access to information and greatly reducing their earning power as well as risking their personal security, particularly at night.

We needed to find a commercial solution, one that would supply off grid renewable energy to allow people affordable access to solar lighting and phone charging. Solar was of particular importance, not only because of the country's sunny climate, but also because quality solar devices sell from as low as $9 upwards depending on the solution they provide, from a task light to lighting up the whole room and charging phones and appliances.

We opted to partner with Digicel, PNG's largest telecommunications service provider and an IFC investment client. With 1.4 million of Digicel's 2.4 million customers in the country living in rural or remote communities and having no access to the grid to charge their phones, there was much for us to do. And from Digicel's perspective, there was a commercial imperative as well - revenue growth had stalled due to the inadequate power supplies.

And so we got to work.

IFC has invested more than $100 million in Digicel to help it set telecom networks in the Pacific.  It then ventured into providing technical and commercial support for solar street lighting and phone charging stations to create a complementary business area to increase access to energy and widen the use of mobile phones. The support focused on helping the company develop the business model, support procurement of the solar charging stations, and set up entrepreneur screening criteria.

The charging stations harness the power of PNG's ever-present sunshine to simultaneously charge up to 20 phones while also providing street lighting. The charging stations are operated by solar entrepreneurs chosen from Digicel's distribution network who partly own the solar stations and who charge customers a small fee for charging their phones.

Only high quality solar devices are used in the projects - the products used go through a rigorous quality assurance process. This quality testing process was developed by the World Bank and IFC, and has now been adopted by the International Electrotechnical Commission. We want to ensure that people buy good quality products that last and that are backed by warranties. This ensures a positive perception of solar products and helps the market to grow by encouraging stakeholders ranging from manufacturers and distributors to retailers and financiers to enter the market to support it and grow with it. The programme has already improved the lives of more than 770,000 people (more than 10%) in the country, and aims to reach 900,000 people living in off-grid communities by 2017.

Prior to joining IFC six years ago, I worked for GE and then Shell, all the time focused on rolling out large scale renewable energy solutions across North America and Asia-Pacific. I have come to learn that ours is a region replete with possibilities but it's one that needs its development to be truly sustainable. There are no quick fixes.

At the IFC we believe that the best way to do this is to open up markets and enable the private sector to flourish. With the solar power sector now increasingly mainstream, our impact towards this goal is clear but this is no time to press pause. In development, there is always more to do. 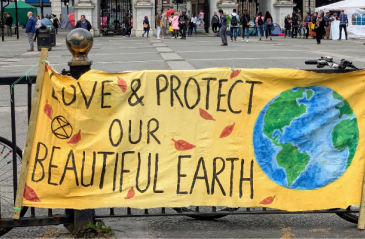 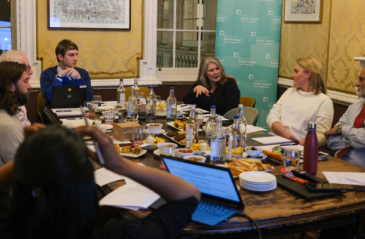