The first PPP infrastructure project in Canada is generally agreed to be the 1997 construction of the Confederation Bridge across the Northumberland Strait. A decade later, the federal government created PPP Canada, a body that screens proposed infrastructure projects, and invests in successful tenders through its P3 Canada Fund. There are ongoing projects across the nation from west to east, from a green hydroelectric project in British Columbia to a water treatment plant in New Brunswick.

Public sector projects that have total eligible costs over CAD100 million are required to undergo a “P3 Screen”, which is run by PPP Canada. The screening process has two stages:

If the P3 screen determines that a project could be successfully procured through a PPP, and a P3 procurement would generate better value for money, New Building Canada Fund investment will be allocated, conditional on the project being delivered as a P3.

In common with many countries, Canada has deployed public-private partnerships (PPPs) in order to attempt to deliver public projects more efficiently and with an economical use of taxpayers’ money. In the last decade, Canada has become one of the world’s leaders when it comes to building infrastructure through PPPs, or P3 in PPP Canada’s terminology.

P3 in Canada has delivered, or is delivering, a number of infrastructure projects, such as:

The main stakeholder is PPP Canada, which is the body set up by the Canadian government to manage the procurement process for PPP projects. It is a federal crown corporation, with an independent board of directors reporting through the minister of finance to the Canadian Parliament, which are other internal stakeholders.

The main external stakeholders are the private sector companies that are involved in implementing the projects and the investment banks, pension funds and other financial institutions that fund P3 projects.

The federal government and nearly all of the provincial governments have adopted enabling legislation that not only permits the development of P3 projects, but requires tendering authorities to evaluate the feasibility of implementing any major infrastructure transaction above certain predetermined thresholds as a P3. “For example, the province of Québec's major infrastructure implementation agency, Infrastructure Québec, is required to consider P3 delivery for any proposed project having an expected capital expenditure of more than CAD40 million.” [2]

Apart from the fact that the government headed by the Conservative party was re-elected in 2008 after bringing out the PPP policy in Canada, there was no explicit evidence of people supporting this policy.

The Canadian Union of Public Employees were against the adoption of the PPP policy in Canada and are reluctant participants in what they see as an unnecessarily expensive way of building infrastructure. The degree of confidence in PPP often depends on an individual's political persuasion.

The objectives of the policy were to encourage PPPs to be set up to deliver infrastructure projects and to expedite this by creating a body, PPP Canada, specifically to oversee this process through its P3 screening process and by operating the P3 Canada Fund to facilitate PPP projects.

The Canadian version of PPP was based on two models, namely those of the UK and the US. Interestingly, the provinces adopted the PPP route to finance public infrastructure before it was adopted by the federal government. PPP Canada was set up 10 years after what is regarded as Canada's first true P3 project, The Confederation Bridge, which opened in 1997. “The 13 km bridge spans the Northumberland Strait, a particularly harsh stretch of water separating Canada's province of Prince Edward Island and the mainland.” [3]

“In the late 1990s in the UK, similar frustrations were being expressed by owners, design professionals, contractors and their subcontractors and suppliers, as well as by the end users of infrastructure assets and those that were required to maintain and operate them. The government, recognizing that a large sector of the economy was underperforming, set up a Construction Task Force to look into the performance of the construction sector, identify key concerns that were leading to underperformance, and offer recommendations to address them. Interestingly the UK Task Force specifically cited the Private Finance Initiative, the UK version of PPPs, as an effective response to many of the concerns it had identified.” [4]

The adoption of the P3 mechanism in Canada was encouraged by analysing the fiscal and human resources merits of involving private sector firms in building infrastructure.

It was argued that by allowing private players efficiency gains could be realised because private firms are more focused and specialised and can also benefit from economies of scale. Private sector firms “have more experience in the construction and operation of the relevant businesses. Indeed, private sector infrastructure firms may be global in scope. In contrast, governments engage in much more diverse activities and usually have less specific expertise or experience with the relevant technology or activity”. [5]

Additionally, the cost burden on the government would be lowered as the overall cost could be spread over a much longer duration of time. Because of cost-reduction incentives, the private sector may have more cost efficient operations, such as procurement policies, and superior project management skills.

The members of the board of directors of PPP Canada have extensive experience in the public and private sector and also in policy design and development. They require any proposed PPP project to go through a rigorous, structured and well-managed procurement process, which incorporates the ‘P3 screen’ as described above (in The initiative).

All P3 projects selected and financed under the aegis of PPP Canada are evaluated using the Value For Money (VFM) methodology. This analysis is intended to compare the risk-adjusted costs of a potential P3 delivery model with a traditional approach.

A VFM analysis is the comparison of the total project costs (capital base costs, financing costs, retained risks and ancillary costs) of a traditionally delivered project (the public sector comparator) with the delivery of the same project using the P3 model (known as the shadow bid). If the shadow bid costs are lower than the public sector comparator, the P3 project is found to deliver positive value for money to the taxpayer.

The P3 programme has always received support from the federal government. Building on progress achieved since the 2008 funding of the P3 Canada Fund, the Economic Action Plan 2013 proposes to provide CAD1.25 billion over five years on a cash basis to renew the fund.

One of the key features of Canada's P3 market has been the high degree of transparency by the country's various procurement agencies, and levels of cooperation between PPP Canada and the firms delivering the infrastructure projects. The pipeline of upcoming projects is generally well known in advance, allowing sufficient lead time to existing and new private sector participants to prepare their consortia and, eventually, their tenders.

WHAT IS A P3? PPP Canada 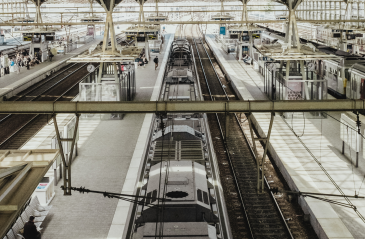