The Mexican government created BANSEFI in its 2001 Community Savings and Loan Act in order to regulate banking facilities, especially among low-income families in remote regions. In 2010 BANSEFI initiated a financial inclusion programme to speed up payments to recipients of government benefits in rural areas and to promote their general financial awareness and wider use of secure financial services.

The first action the government took was to pass the Community Savings and Loan Act (LACP) in 2001. The legislation's aim was to “to promote, regulate and oversee the activities of the community savings and loan sector”. [3]

The Mexican government used the 2001 Act to “strengthen the sector during the transition and process of adjustment to the LACP's requirements. They did this by transforming PANHAL, the National Savings Trust into “Banco del Ahorro Nacional y Servicios Financieros [National Savings and Financial Services Bank] (BANSEFI), broadening its functions and enhancing its general structure”. [4]

In 2010, BANSEFI introduced its financial inclusion programme. BANSEFI's specific objectives were to:

These supported BANSEFI's broader objectives of:

The federal government enacted further legislation requiring all social programmes'  benefits to be delivered electronically by 2013.

In the 2000s, many Mexicans - especially those living in remote rural areas - did not have a bank account or formal savings account of any kind. Those on low incomes were obliged to obtain loans with unregulated financial entities at high interest and with no contractual certainty. It was estimated that “70% of Mexican municipalities lacked any banking presence”. [1]

When it came to government benefits, individuals received relatively large tranches of money at once. “The beneficiaries had to commute long distances to access payments, spending both time and resources on transportation … The federal government needed to provide a secure and transparent mechanism to distribute aid and reduce corruption.” [2]

There were a number of connected problems, especially individuals' problems with depositing cash safely, borrowing on reasonable terms, and receiving government payments securely.

There was an increase in accessibility: there were “16,400 delivery points to provide access to financial services for remote areas”. [5]

BANSEFI has partnerships with a number of external stakeholders:

The government’s backing of BANSEFI as a major financial institution is evident from the legislation introduced to create it, and by its equity holding in the bank. It is an important part of the distribution strategy of SEDESOL and Oportunidades.

BANSEFI was created by Vicente Fox's PAN (National Action Party) government. BANSEFI's financial inclusion programme was initiated by the same ruling party under President Calderón in 2010. However, by that time the government was highly unpopular. “Roughly three-quarters (76%) say they are unhappy with the way things are going in their country, little changed from assessments in 2009 and 2010.” [9]

However, the high levels of customer satisfaction with the services introduced by BANSEFI - of 97 percent and 98 percent - indicated that BANSEFI's initiative had good levels of public confidence in its early years.

BANSEFI's broad objective was to promote financial inclusion for Mexicans who were formerly underserved by financial institutions. This applied particularly to residents of remote regions who depended on government aid. BANSEFI's strapline - El Banco Que Te Incluye [the bank that includes you] - is indicative of the central role of inclusivity.

It was also intent on raising financial awareness by providing education campaigns and guaranteeing secure payment mechanisms to government beneficiaries.

A first pilot was conducted in 2008 with the financial support of the Bill and Melinda Gates Foundation to gather evidence about using diverse delivery points, in collaboration with Diconsa and the savings and loans cooperatives linked to BANSEFI. The aim was to distribute benefits to Oportunidades recipients - and more than 2.5 million Oportunidades families live in or near a village with a Diconsa store. Beneficiaries of the pilot were happy with the new system and reported they preferred it to the previous method. This approach was applied to the wider roll-out of the financial inclusion programme in 2010.

“A similar approach targeting the low income population has been adopted by the following banking institutions: Equity Bank in Kenya, Standard Bank of South Africa, Bancolombia in Colombia and ICICI in India.” [10]

The pilot phase demonstrated the technical feasibility of delivery (see Strength of evidence above).

The financial feasibility was addressed through the funding obtained from the federal government, financial NGOs, such as MIN, and charitable foundations, such as the Rockefeller Foundation and the Gates Foundation.

At the time of its creation, as a “bank of banks”, the management of BANSEFI was a complex issue. “The new institution's governance structure presents challenges ... Financial institutions face special institutional governance challenges in general, and a second-tier bank majority-owned by community savings and loan sector operators creates additional complications.” As a result, BANSEFI instituted training to enhance management efficiency.

BANSEFI management oversaw the management of the financial inclusion programme with assistance from entities such as the Rockefeller Foundation.

The parameters used to measure BANSEFI’s impact can be correlated with the satisfaction rate of beneficiaries. This was measured through surveys and focus group interviews; the growth rate was measured by the increasing number of delivery points.

The interests of the many  actors were well aligned to achieve the objectives: 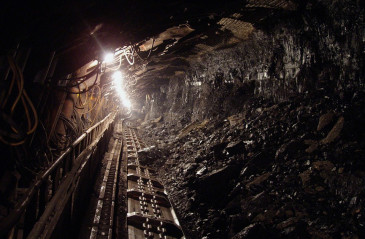