Read @Dan_Vogel & @ronivey article in @NewsweekOpinion, where they argue that DC must pass an #infrastructurebill & empower mayors to rebuild divided places into convivial cities

"If leaders in Washington successfully pass an infrastructure bill, federal funds bring the opportunity to reimagine our communities" @Dan_Vogel & @ronivey in @Newsweek

Originally published on Newsweek. Click through to read full article.

First, give voice and power to all neighborhoods to design their future. In Oklahoma City, Mayor David Holt led an inclusive approach to allocate $978 million for projects, including funds for neighborhood parks, playgrounds, community stages, sidewalks, bike lanes, public transit, community centers and a museum honoring civil rights leader Clara Luper. According to local journalist Steve Lackmeyer, the resident-driven project selection process marked "a healing of rifts that nagged the city for years."

Second, intersperse parks, public squares and promenades throughout the city to provide accessible, comfortable places for sociability. In Houston, community leaders worked with the city to transform abandoned lots into pocket parks. Neighbors could walk and bike to these locations, making it easier to create bonds and connections. Researchers have found proximity to nature directly correlates to improved individual and community well being.

Third, give neighborhoods power and resources to create public beauty that inspires a sense of belonging to somewhere special. In Philadelphia, city leaders worked with local artists to launch the Porch Light project to strengthen community well being by giving opportunities for those suffering from mental health challenges to paint beautiful murals throughout their neighborhoods. The Yale School of Medicine conducted rigorous, community-based research in Porch Light communities and found the public beauty initiative not only improved the neighborhood's aesthetic quality, but also increased trust and social cohesion. 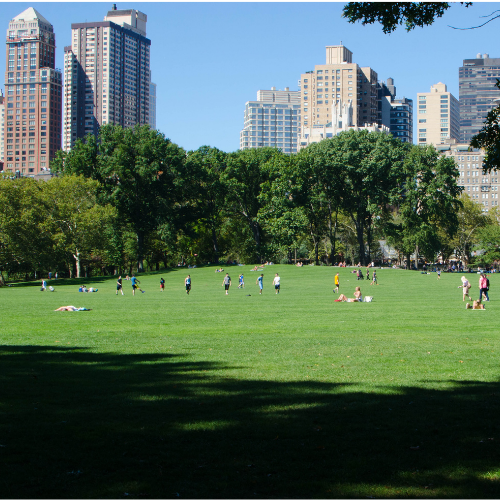 We find purpose and meaning by caring for people and places. For all our residents to flourish, we of course need our neighborhoods to be efficient, clean and materially prosperous.

TOPcities puts residents and data at the center of building COVID-19 solutions in San José and St. Paul