Righting the wrongs of the refugee system

How can governments respond to the complex challenges of the refugee crisis?

You could say that Alexander Betts leads two parallel lives. Although he lives and works among the gleaming spires, cobbled lanes and tranquil quadrangles of Oxford University, his heart is with the tens of millions of refugees, forced from their homes and now desperate for any safe haven they can find.

As director of the university's Refugee Studies Centre (RSC), Professor Betts leads efforts to build knowledge and understanding of the causes and effects of forced migration, bridging the divide between scholarship, policy and practice to help improve the lives of some of the world's most vulnerable people. There is much to do. According to UNHCR, the UN Refugee Agency, nearly 34,000 people are forcibly displaced every day as a result of conflict or persecution, meaning that there are now more than 65 million refugees worldwide. He agrees that the need for fresh solutions has become increasingly urgent.

"As the refugee crisis has escalated, there has been growing demand from policymakers for evidence. This has contributed to unprecedented interest in our research," he reflects. "We have also found that the audience is no longer just governments and humanitarian organisations. Businesses are increasingly engaging in this debate, whether for corporate social responsibility reasons or because they recognise opportunities linked to their core business."

Professor Betts became director of the RSC in 2014. His many areas of focus include the politics and economics of refugee assistance, with a geographical focus on Africa. But when he is not lecturing or running seminars, much of his time is taken up by working with governments and international organisations to improve refugee policies - so, what does this involve exactly?

"If you're going to do research on refugees and forced migration, you can't really do that without an aspiration that this will impact people's lives," he says. "And the only way to do that is ensure that the research ultimately reaches policymakers and practitioners." The Centre's packed slate of ongoing research projects is a testament to the diverse and complex nature of the refugee crisis, and Betts is keen to stress that having a variety of perspectives is crucial.

"We have an interdisciplinary team that covers anthropology, history, law, economics and political science," he explains. "Across all of those disciplines, in some cases we do field work and in others it is slightly more abstract. But it is all intended to influence the world in some way and goes to a variety of audiences - policymakers, NGOs, UN agencies, businesses and others. We also try to ensure that, where it is appropriate, we work directly with community-based organisations, including refugees themselves. We have collaborations like that in Uganda and Kenya, where we train refugees as peer researchers and we partner with refugee-led community organisations."

The diversity of this public engagement means that Betts and his team have been exposed to a number of different reactions and responses. "The extent to which we are listened to depends in part on who we are speaking to," he admits. "Some governments are committed to evidence-based policy - they want the input of research and the best data and statistics they can get hold of. There are others, though, which feel constrained by domestic politics and are absolutely not going to listen to the input of researchers, particularly if the message challenges their dominant political narratives on immigration."

However, he goes on to say that the broad direction of travel is positive - with policymakers in many countries receptive to their advice and suggestions. "We have formal partnerships with the Swiss and Danish governments, and we have worked closely with the Americans and British, as well as the Ugandan and Jordanian governments. So there is no doubt we have an audience of different governments which is prepared to listen to our message. And if that fails, there are alternative avenues of influence: working with NGOs, using the media, or giving a TED talk, for example."

Interestingly, Betts is at pains to play down the scale of the problem, preferring instead to set it in the context of the world's population as a whole. "I think there is a need for some perspective," he points out. "Today, there are 21.3 million refugees, according to the UNHCR, which sounds a lot but is a tiny proportion of the overall migrant population (230 million) and this, in turn, is a tiny proportion of the overall global population (over 7 billion). But, of course, displacement is a growing challenge. Climate change and fragile states are forcing people to cross borders, and this presents challenges that are multifaceted - which is why it requires interdisciplinary research."

The deep roots that Betts alludes to inevitably influence the choice of where the RSC focuses its resources. However, he also says that the programme is tailored to ensure the greatest possible impact. "For me personally, it is about identifying where there are knowledge gaps that can influence policy and practice," he explains.

"For example, I observed that one of the gaps in research concerned the economic lives of refugees and their potential contribution. So we tried to fill this void with a study which, while localised to Uganda, could also speak to global concerns. It so happened that this became very timely once the European refugee crisis broke out and there was a subsequent demand for knowledge about the economic lives of refugees. Since then, we have had testimonials from the government of Uganda and the UNHCR that this research has changed their approach."

Another more recent project he has led has been focused on the political lives of refugees - how they engaged from exile in shaping the politics and peace-building processes of their country back home. "We have been looking at how Syrians in exile, for example, can rebuild their society once they go back," he explains. "And how exiles from countries like Zimbabwe and Rwanda challenge their government's authoritarian regime from afar. So, selecting those questions is partly about identifying a knowledge gap in an area that is relevant to people's lives, and also about recognising where we - as academics - have a particular comparative advantage."

A question of leadership

As befits someone with many strings to his bow, Betts was recently named as a Young Global Leader by the World Economic Forum. This week, his fellow classmates and alumni will be gathering in Davos under the theme of "Responsive and Responsible Leadership". Sounds good, but what does this mean in practice?

"I think one of the challenges we have of where the world is at the moment - post-Trump and post-Brexit - is that there is a vacuum in terms of visionary, liberal leadership," says Betts. "One of the things that I think defines responsive and responsible leadership is the ability to mediate between an idealised vision of the world and practical, real-world constraints."

In the humanitarian and refugee sector, this means building a bridge between idealism and the raw reality, he adds. "It involves taking the humanitarian ideals and reconciling them with the fear and alienation felt by many migrant-receiving communities. So, for me, good leadership stems from the ability to hold a strong vision but be pragmatic enough to know when and how to compromise. Too often this is done in a way that is reckless, either by being too idealistic or compromising too far towards the lowest common denominator - effective leaders have to navigate this path."

As part of his own professional journey, Betts has a new book out in March on how to transform the refugee system. "It is cowritten with my colleague, Sir Paul Collier," he says. "It's for a general public audience but we want it to be very engaged in policy and we want to set forth a vision for how, over the next 20 years, we can rebuild an effective refugee system for a changing world. In truth, our work is just beginning." 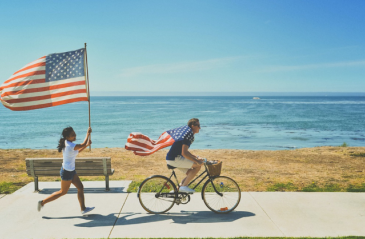 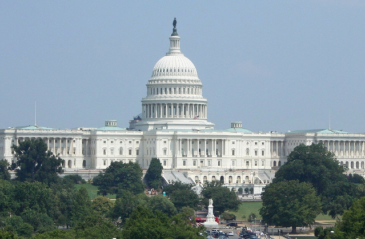 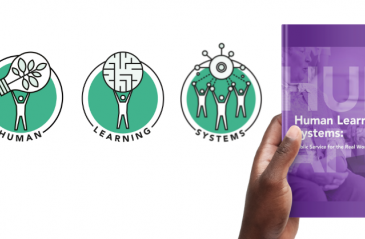