Culture comes first: putting culture and values at the centre of public policy

Values and culture are extremely powerful in determining policy outcomes

Services need to be fair and legitimate, and promote trust between citizens and institutions

Anyone involved in government - both inside and out - spends considerable time and effort on the merits of different policy tools. Is it better to contract out a service or plan it yourself? Should a service be devolved to local communities or centralised? Should government give people money to purchase something themselves or provide it directly? Such questions have long echoed across the arena.

The importance of value systems

There is, however, a good case for saying that debating these different tools is missing the point. Anyone who has spent any time wrestling with public policy will have had the experience of changing the tools applied to a problem but getting the same results. Or applying a tool that worked well somewhere else and finding it completely ineffective.

Values and culture are the missing ingredients. In this context they mean the set of norms, ethical standards and habits shared by the actors in the relevant system. Values and culture are extremely powerful in determining outcomes. Tools and interventions get co-opted and altered in order to serve the goals, values and assumptions of those using them.

International development practitioners are well versed in this phenomenon. Years of attempts to introduce western-style, merit-based bureaucracies and fiscal planning have, in many cases, seen those tools used simply to continue the extraction of rents for clan and family members. In contrast, networks and patronage in China have produced impressive economic growth, one reason being that those networks sit within a very powerful set of values around national prosperity and prestige. In western countries there are plenty of examples where supposedly market based or technocratic processes are actually used to reinforce the existing values of elites and insiders.

What are the implications of a focus on value systems? One is that it reinforces a long-standing line of argument in public policy research that the centre can't determine processes across a dispersed system. Outcomes will not be driven by centrally specified approaches but by how individuals at the grass roots fit those approaches to their own values. Another is how to use international evidence and learning effectively. We need to move away from “can we implement the policy tool that was successful in country X?” towards “what is it about the system in country X that enabled them to develop an intervention that was so successful in their own context?”

So, if detailed process specification or scouring the world for good ideas to import won't work, what should decision-makers be doing? They should be trying to create a culture and value system that supports positive change, learning and evolution. If it is inevitable that outcomes are shaped by culture and the constant iteration that happens as people interact, are there things that can be done to help that dynamic lead to better outcomes?

There are two obvious arguments against attempts to change or create value systems. The first is that such attempts are doomed to failure. Culture is so persistent over time, and develops in such a dispersed, organic and unplanned way, that it is hubristic to think that conscious action by government can change it. There is some force to this argument. Changing culture is not easy and certainly not quick. It needs to run with the grain of what is already there. However, history tells us that it can be done.

This leads to the second argument: shaping culture has no place in a liberal democracy. Shouldn't a democratic government represent and embody the values of its population, rather than trying to engineer them? However, the way a government and its leaders behave and the values they implicitly or explicitly endorse will have an impact. If this impact is inevitable, why not consciously consider it and act accordingly? Also, if we believe that values and culture are central to determining social outcomes, and governments are elected at least in part to deliver those outcomes, then saying that governments should not address values is to condemn them to failure.

How to promote value systems

The most obvious way to create a culture that supports positive change and learning is for government to send messages through its words and actions that this is desirable. This would include launching and welcoming experiments in policy and practice, and being open to learning from failure, to bottom-up innovation and to constant iteration rather than over-specifying plans from the start.

Such an approach can, however, seem rather intangible. One way to give it a harder edge is to use incentives to reward service improvement, thereby encouraging innovation across the system. However, performance incentives alone are unlikely to engender a culture of wholesale creative experimentation, for several reasons.

Firstly, it is hard to design incentives that can't be gamed and that do not lead to distorting behaviour. There is always a risk that hard performance measures produce great innovation in ways of managing to the measures rather than in genuinely improving outcomes.

Secondly, problems that require collaboration between lots of agencies are difficult to address through performance incentives. It is theoretically possible to design an outcomes framework that pulls all agencies together behind a common goal, but it is very hard in practice.

Thirdly, measuring and rewarding performance as a way of promoting innovation has the downside of pushing innovation towards current problems that we know how to measure, rather than thinking about the next emerging challenge. And finally, service outputs, or even outcomes, are not the only objective of public services. Services also need to operate in a way that is recognised as fair and legitimate and that promotes trust between citizens and institutions. Trust and legitimacy are much harder to target with performance incentives.

What a successful environment for experimentation and learning looks like will be context-specific. While performance incentives alone are not likely to work, there is also a long history of softer collaboration approaches (e.g., best practice networks, joint boards and shared funding) draining large amounts of resources to little discernible effect. So, developing better ways to promote a culture of positive change, learning and evolution is a central task for both public service leaders and the researchers who wish to understand and help them. 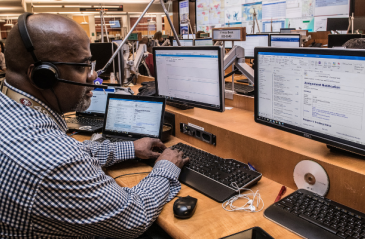 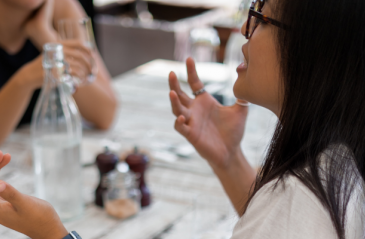