In 2014, Anthony Banbury designed and led the United Nations’ (UN) first-ever emergency health mission in response to the 2014 West Africa Ebola crisis. He served as Special Representative of the Secretary-General and Head of the UN Mission for Ebola Emergency Response (UNMEER). Appointed to this position near the peak of the Ebola crisis, Banbury designed the UN systemwide operational response and led its implementation; by the time he left, the Ebola caseload had reduced significantly and the crisis phase was largely over.

Just prior to serving on UNMEER, Banbury was appointed by the UN Secretary-General in January 2014 as the UN Central African Republic Crisis Manager at a time of widespread violence, population displacement and risk of genocide. Banbury developed a six-point plan for the Secretary-General that was approved by the UN Security Council and contributed to the abatement of the crisis. Banbury also designed and established the Joint Organisation for the Prohibition of Chemical Weapons-UN Mission to remove chemical weapons from Syria in 2013 and led the UN’s operational response to the 2010 Haiti earthquake. As Asia Regional Director for the UN World Food Programme, he was an integral part of the relief operations for the 2004 tsunami and the 2008 Cyclone Nargis. 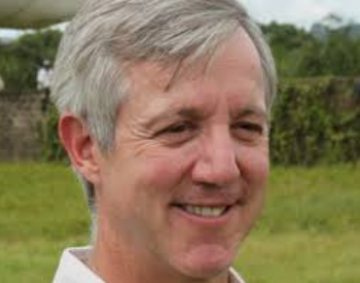 Ebola is back – what should happen now?