REPORT: How the UK can respond to the COVID-19 crisis

How can the UK respond to #COVID19? @CPI_foundation new report draws insights from around the world. Read it now!

Want to learn about international precedents to level up & lessen impacts of #COVID19 in the UK? Read @CPI_foundation new report!

The Coronavirus pandemic has impacted society in the UK in countless ways beyond the obvious healthcare crisis. The economic, social and psychological impact of the virus is yet to be fully counted, but even the government's extensive measures to cocoon the economy can not be enough to completely shield it from the ravages of the virus. Though the UK is one of the world's leading economies, it is well recognised that many communities and regions within the UK were already struggling to thrive as economies prior to the virus reaching our shores.

The UK government had already begun to undertake a ‘levelling-up' agenda to reboot local economies post-Brexit. This levelling-up programme has become even more vital to help these places deal with the impact of the virus and ensure they don't fall further behind.

CPI UK looked around the world for prominent examples of regions and communities responding to significant economic downturns to offer inspiration and hope as to how places in the UK could respond to COVID-19. Our search has resulted in seven case studies, demonstrating a wide variety of approaches:

We have categorised these seven case studies into the three phases of crisis response often used in government: fight, recover and rebuild. The case studies we have identified try to highlight what governments around the world have done in different stages of crises and the practices they have used to help places cope with crisis and overcome it. All of them were assessed for their relevance and ability to be applied to parts of the UK and they offer, albeit with some adjustments to processes and mindsets, hope and a pathway forward.

The selected case studies and stories alone cannot, of course, provide the answer to how the UK could boost local economies enabling them to respond to a downturn created by this crisis, but they do provide valuable insights, lessons and inspiration.

Common to all of these was the importance of local ownership and engagement within each of the strategies, as well as the existence of strong local leadership and legitimacy.

Far from being accidental or one-off initiatives, in all cases national governments played a pivotal role in creating the conditions for successful local transformation. By giving local actors the power and ownership to drive progress, national governments supported them to convert existing potential into success.

The case studies also provoke discussion about the role that central government can best play to successfully support place-based and regional initiatives, building on existing potential, strengths and local ideas. The UK is unlike many of the countries profiled in that many already had strong regional governance and local autonomy before the implementation of the identified schemes. However, the case studies show us that when national governments adapted to the challenge, appreciated the culture and history of the problem they faced, they found success.

These case studies show considerable success in levelling up places and regions during and after they have faced crisis. But they also raise questions about whether they could have had even better outcomes and how central government could enable more progress, faster.

Ultimately, the success we see from these cases was determined by the right combination of local autonomy and national government support.

Central government, when involved in the right way, and when sensitive to local cultures and an often historic sense of autonomy and pride, can enhance and professionalise existing networks and encourage knowledge sharing across political and regional boundaries.

That coordination, enabling and acceleration role that central governments played in all of our case studies was essential for rapid learning and helping small scale good ideas to succeed further and contribute towards a national vision. This is certainly something that all governments can learn from as they respond to COVID-19. Thinking about the UK specifically, there is a wealth of existing structures such as elected mayors, LEPs and Combined Authorities whose roles can support central government to accelerate regional economic development.

Place-based approaches, as many of our case studies are, recognise that the communities themselves define and understand their challenges and what assets they have. Central government, in recognising that there cannot be a 'one-size-fits-all approach', can help regions make the best of their opportunities. Central government can help to connect regional initiatives to national and international growth opportunities too.

Finally, there is often a call for firm evidence that something will work before trying it but in a crisis that is surprising us and testing us through the fight, recovery and rebuild, the case studies show there was a great deal of trust in local actors to know what was best. Common to all case studies was a sense of working together and a willingness to try new approaches with shared visions that connect and which put local people and businesses in the driving seat. 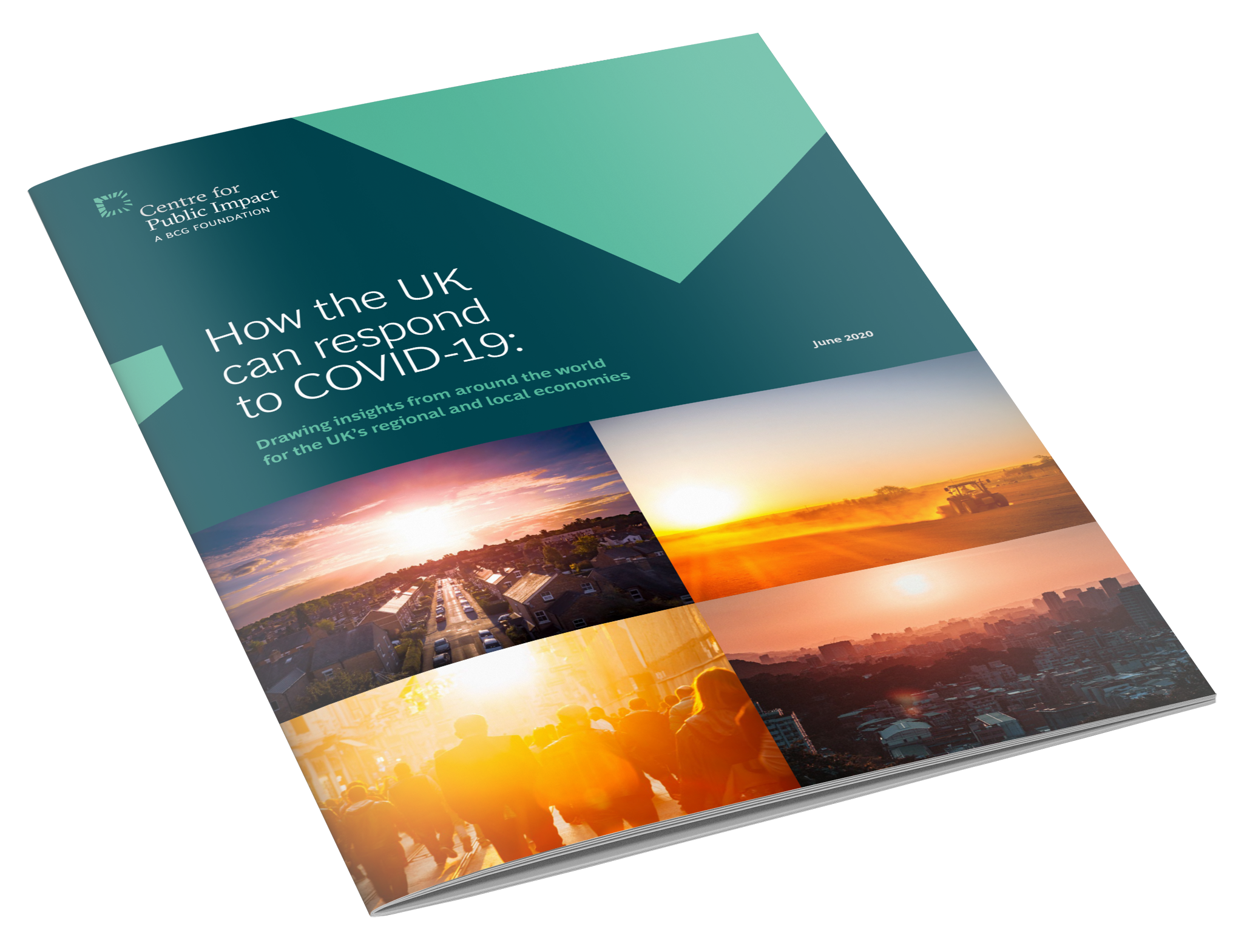 How the UK can respond to the COVID-19 crisis

CPI UK looked around the world for prominent examples of regions and communities responding to significant economic downturns to offer inspiration and hope as to how places in the UK could respond to COVID-19.

By Georgie Meredith
January 14th, 2021
CPI in the news 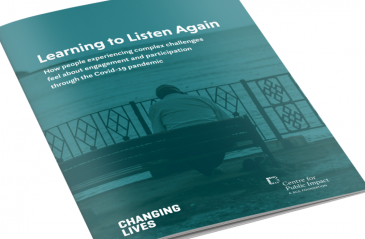 New report shows the so-called 'hardest to reach' may hold a key to pandemic recovery, but are not being listened to