Juan Pardinas is not one to mince words. As director general of the Mexican Institute for Competitiveness (IMCO), he admits that he has a "professional obligation" to be an optimist but, nonetheless, it is clear that he truly believes Mexico to be well placed for future prosperity.

"I am 47 years old," he points out - speaking in flawless English, thanks partly to his studies at the London School of Economics. "When I started university a little more than 20 years ago, inflation was running at 184%, but last year it was just 4%. So the country has changed so much, and this has been taking place for several years. I think we sometimes lose perspective about the long-term reality of the country. But we have managed to change, and I'm sure that we will able to change in the future as well."

Checking out the competition

Mexico has, of course, been in the global headlines more than usual in recent months. But while walls and trade tariffs make good newspaper copy, it is clearly hugely frustrating to Pardinas and his colleagues. There is, he believes, a far more positive story to tell about Mexico's abundant strengths and potential, but it is getting lost amidst the Trump tumult.

"We are facing a political crisis and potential economic challenges thanks to the Trump presidency," he admits. "However, I am also certain that the strengths of the evidence of the mutual dependence of the Mexican and American economies will, in the end, prevail, because one of the biggest strengths of Mexico is its ability to change with changing circumstances."

This ability to adapt has helped propel the country forward over the past three decades, a rate of progress largely unmatched by its Latin American neighbours - and making it far more competitive as a result. "If you look at the political landscape of the last 30 years in this region, Mexico is almost the only country - along with Colombia, maybe - that didn't have a military regime take control of its government," he points out.

"We have been able to evolve into a holistic democracy without social unrest or political conflict. We managed to open an energy sector that had been closed for 70 years, and we managed to do this in a very short period of time - under three years. Now it has become the first source of foreign direct investment (FDI) coming into the country, whereas a few years ago it was not only zero but actually forbidden, as it was against the law.  And we also had a lot of union control in the education system, but this is changing as we speak. While there are still big issues to address - such as violence, corruption and security - we feel that we have changed as a country regarding our political institutions."

Much of this progress can be traced to the reform-minded administration of President Enrique Peña - a process that has been closely tracked by Pardinas and his colleagues at the IMCO. Their task is to highlight how policies, legislation and foreign relations can be improved to strengthen the economic competitiveness of Mexico in the deeply interconnected global economy. He says that while progress has been good, there is always more to do.

"A big challenge is the rule of law," he says. "This is kind of a metaphor, and one which means many things. But in each of these things we have a public policy challenge - from improving the quality of the judicial process to improving the capability of federal and state police. These actions would give more certainty to investors, because investing in a foreign market is always risky, even when a country is enjoying macroeconomic stability."

Anti-corruption measures should be another priority, he continues. "The government's performance has been amazing regarding the reforms, but it has been totally lousy regarding fighting corruption and improving the rule of law. Corruption is quite entangled with the Mexican political system, and we need to make it the exception rather than the rule. Addressing these types of issues will allow us to ramp up the benefits of the reforms. This is the key issue for the modernisation and the future of Mexico."

Hoping for the best

Pardinas is under no illusion that much of the immediate future is intertwined with the actions and statements of its northern neighbour. Although there is much unpredictability over whatever happens next, he remains positive.

"At the end of the day, I believe that common sense will direct the decisions," he concludes. "Although it is hard to have a long-term vision when there is a president who is tweeting every day, the fact is that 40% of Arizona's exports depend on the Mexican market, and it is more or less the same for Texas and California. We have to view the relationship as between the two countries not the two federal governments, and between the tens of thousands of companies that have prospered thanks to our integrated market. So I think this is a difficult chapter, but one that we will soon overcome." 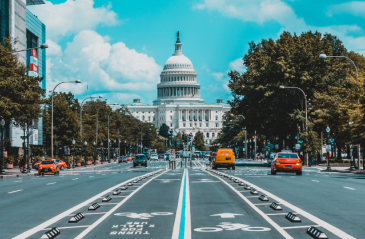 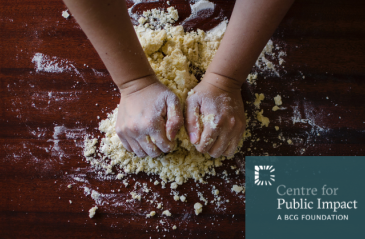 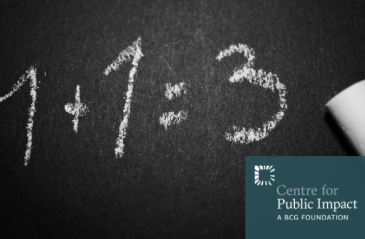