.@ThePlymouthAll1 transfers power into to the relationship between the public facing worker and the person they support

It’s time to move public services away from checklists. “If you do things bespoke and early you save huge costs later on” - @geerai

Nine years ago, in 2012, Plymouth City Council started to think about how they could do things differently. The council, along with other public bodies in the area, implemented a number of changes designed to empower staff, reduce organisational silos, and give citizens more control over the services they received.

One example of this shift in practice was the decision to commission the The Plymouth Alliance - a group of 20 public service organisations working together under a single £7.7m-a-year “alliance contract.”  The contract, which is expected to run for ten years, includes all the substance misuse and housing services contracted by Plymouth City Council. Rather than being based on a set of targets, the alliance contract gives more freedom to provider organisations, is focused more on values and principles, and offers providers more authority and autonomy.

The Alliance’s approach is founded on a new and different approach to managing public services, known as Human Learnings Systems.  Human Learning Systems stresses the importance of allowing public sector staff to forge real connections with the people they serve – treating them as individuals, rather than relying on standardised processes. It encourages public-facing workers to learn from one another, and share knowledge across organisational boundaries. It emphasises that the world is complex, and there’s no single right answer. And it focuses on creating systems which give power and autonomy to the staff who work most closely with service users.

Rather than being based on a set of targets, the alliance contract gives more freedom to provider organisations, is focused more on values and principles, and offers providers more authority and autonomy.

Human Learning Systems is intended in part to be a challenge to New Public Management – a philosophy of public service which gained traction in the UK in the 1980s and 1990s, which claimed to make the sector more business-like and efficient.

Dr. Toby Lowe recently caught up with Gary Wallace, associate director of public health at Plymouth Public Health Development Unit, and also a member of the leadership team at the Alliance, to find out more about how this is applied in practice.

Many public services have developed a problem, Wallace says. They are serving individuals with complex needs, who are likely to need support from many different parts of the system, but this support is being delivered in predetermined packages.

“It’s routinised and compartmentalised,” he says. “If you meet criteria A, you get care package A, and if you don’t meet it, you don’t get it. That’s quite disempowering for our public-facing staff, who are highly trained, highly professional people. They are almost reduced to an algorithmic checklist.”

The result of a checklist-based service, Wallace says, is a lot of people who slip through the cracks. It means that people who have several different problems receive support from many different agencies, which may struggle to communicate. People are bounced between agencies, miss the thresholds to get the right support at the right point, and end up receiving emergency care, which is much more expensive, more time-consuming for public servants, and bad for the people who need help.

If you meet criteria A, you get care package A, and if you don’t meet it, you don’t get it. That’s quite disempowering for our public-facing staff, who are highly trained, highly professional people. They are almost reduced to an algorithmic checklist.

The Plymouth Alliance tries to provide bespoke services to people before they hit crisis point. “If you do things bespoke and early, you save huge costs later on,” says Wallace.

Bespoke interventions are based on listening to each person’s specific strengths and needs, he says. People get the help they want, from a service designed around them. Staff feel able to make proper use of their skills and learning, are more motivated and eager to come to work. And the council ends up spending far less money.

He gives the example of an individual with multiple diagnoses who was using five blue-light services – police and ambulance – every day. He says public-facing workers were able to stop all this, largely by asking the person what they wanted, and giving it to them. “Everyone said this will never work,” he said. “But lo and behold, they stopped using blue lights.”

Wallace says people value certain characteristics in those who help them – warmth, authenticity, persistence and non-judgmentalism. So these are the traits that are encouraged.

Staff did not get into social care to make money, he says, but to help other people. They’ve faced a system which has discouraged them from doing so, turning into “glorified form fillers”. The approach of the Alliance has been to encourage them to get away from that mentality. 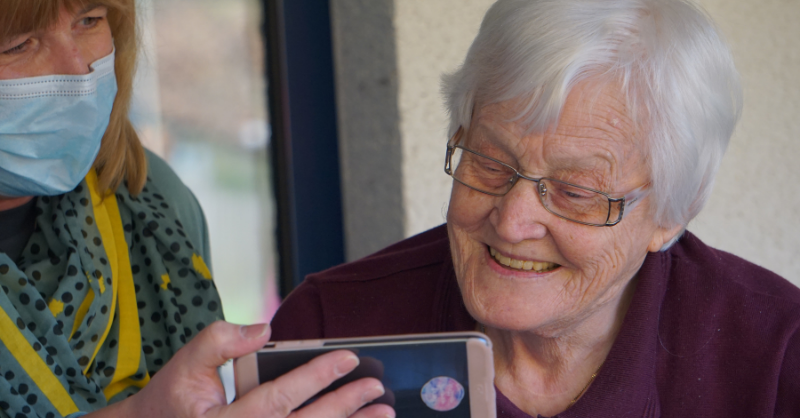 The Alliance seeks to transfer power into the relationship between a public-facing worker and the person they support. This becomes a learning relationship between the person being served, and those who serve them, so that together they find ways to help that person to flourish, on their own terms. In order to transfer trust and power to this relationship, rather than seeing it held by leaders and commissioners, the council and the Alliance have had to reduce the level of control from the top.

It has not necessarily been easy to get staff engaged in this process, he says. It has taken time because staff have been disempowered over many years by the system. “You can’t just tell them to start exercising discretion. You have to have a plan to get there. You’re trying to get to a place where the public facing worker is skilled, empowered and supported enough.”

Nor has it been easy for commissioners and managers. He gives the example of when one manager needed to spend £30 to save £100 for a manager in another department, but was not able to do so.

The problem, it transpired, was the manager’s manager, who had adopted the strategy and theory of Human Learning Systems but was struggling to apply them to their own management practices.

“We had to go back to the senior person and say the reason was because of the way you manage them. So in the external strategic world it’s all really joined up but in the way you manage your staff, it’s really linear and disempowering.”

Developing a new system has involved a lot of work to build close relationships and a shared vision between all the parties involved, Wallace says. This has involved a great deal of “appreciative enquiry” – a technique for learning which involves getting all stakeholders to share their views and their vision for what is important.

“We’re trying to create a sense of shared endeavour, and a sense of place,” Wallace says. “it’s about learning through listening to each other. It’s a very discursive process. There’s loads of dialogue between people and loads of exploration of the system.”

Very often, Wallace says, it is useful to go back to first principles. “It’s about asking what is this service? What is its purpose? Is what it’s doing now delivering that purpose? Very often we find no.”

He says many public services were designed in the 1970s or 1980s, and have adapted and changed over the years as needs have changed, like a building whose purpose has changed multiple times. Often the problem is not the rules and guidance as they were originally written, but the habits and cultures that have grown up around the guidance – the system protecting itself.

Sometimes, he says, the right thing to do is to rebuild from the ground up.

The Alliance has encouraged public-facing workers to experiment and learn together, and has developed a series of systems for sharing that learning.

Wallace emphasises the importance of listening and learning. “The foundation of our work is the stories that people tell us about their lived experience,” he says. “And when I talk about that I mean everybody. The people being served, the workers, the managers, the commissioners, the relatives, partners from other systems. It’s really important that you listen to what they tell you.”

The story gathering process is as important as the stories themselves, he says. “The way we build the stories is designed to build empathy and strengthen relationships. So we would pair a chief executive and a cleaner to go and talk to a hostel, or two people who historically don’t get on, or from different parts of the system, so they gather the story together.”

The Alliance has encouraged public-facing workers to experiment and learn together, and has developed a series of systems for sharing that learning. In part, this has been driven by the impact of diminishing budgets, which has forced people to try new ways. But it is also a deliberate part of how the system is set up.

Using the language of care

Instead, commissioners and those delivering services have tried to use words like service, duty, kindness, empathy, and it has helped transform behaviours. “Some people felt that they couldn’t use that language because they would appear soft, weak, inefficient – not a good contractual bet. So people have found it liberating.”

What does the future hold?

In some ways, Wallace says, COVID-19 has offered opportunities for the Human Learning Systems approach to flourish, because it has forced people to form new connections and try new ways of doing things.

“Organisational barriers melted away. Everyone was listening to stories and responding to stories, building alliances, there was lots of empathy across the system. So suddenly loads of people have experienced it.”

He says the ground is growing more fertile to encourage other public sector organisations to adopt more of a Human Learning Systems approach.

Transplanting it elsewhere is not as simple as other places copying Plymouth, he says. Each place must develop systems and structures which work for that place. But there is a lot which can be taken from the work in Plymouth and applied elsewhere.

“You can’t lift and shift what one complex system does and expect it to work in another,” he says. “But you can lift and shift the values and principles that underpin the work.” 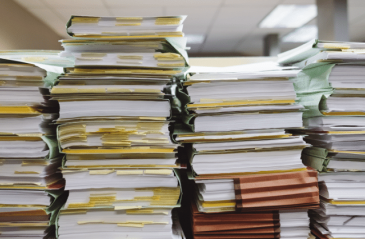 Public sector porkies – 10 years of lying up the hierarchy