Considering low levels of trust in US gov, @KatieSaviano endeavors to understand trust & legitimacy through works of leading thinkers

In studying the works of leading thinkers from varying disciples, @KatieSaviano discovers clear ties with @CPI_foundation vision for gov

'@CPI_foundation have seen opaque, often distant institutions have less legitimacy than local ones embedded in & trusted by community'

The US government is facing a crisis of legitimacy. We have seen a disputed presidential election, mass unsubstantiated claims of fraud, and, on the 6th of January, sustained violence at the U.S. Capitol that once again epitomized our nation’s struggles with supremacy, racism, and inequity. While the crisis of legitimacy was exacerbated by the events of 2020 and early 2021, it has been felt long before by communities across the country. The Centre for Public Impact aims to bring new legitimacy to government, offering tools and a road map for public servants working to ensure civic engagement and government efficacy.

Considering that trust is low across huge swaths of the American public, I endeavored to understand trust and legitimacy through the works of leading thinkers from a wide variety of disciplines — political theorist Danielle Allen, activist Cindy Milstein, legal scholar Sarah Lamble, and historian Beshara Doumani.

Despite the difference in their background and beliefs, there are clear throughlines in their arguments which also tie into three themes in CPI’s Vision for Better Government: the quality of human relationships matters a great deal, an effective and legitimate government is built by acting locally, and championing the voices of those who are heard the least is imperative.

The quality of human relationships matters

Allen’s book centers on the notion that the path towards government legitimacy begins with strengthening our already existing personal relationships. She believes that these relationships are the strongest models for the practice of citizenship. Put simply, our investments in each other form the basis for our political participation. She writes in her book, Talking to Strangers, “…citizenship is not, fundamentally, a matter of institutional duties but of how one learns to negotiate loss and reciprocity” (165).

Our investments in each other form the basis for our political participation.

Friendship specifically serves as a learning arena, as the trust of a friendship, built through bonds of affection, allows for accountability. Friendships allow us to practice habits of mutual interest and reciprocal relations. As Milstein writes, “This sense of a shared identity allows for the smooth functioning of a consensus decision-making process, since we start from a place of commonality” (114). These practices can form the training grounds for our political participation, as bonds of friendship and affinity result in a high degree of trust, “…which serves to make us accountable to each other” (115).

Allen argues that within a community, formal institutions extend beyond the categories of schools, businesses, or government departments. Local organizing, the work of creating relationships, identifying issues, and mobilizing around them, sustains communities and is a valuable and legitimate institution in and of itself, even if it isn’t often seen as legitimate by the broader system of government. Local organizations are critical for providing community members the tools for political engagement by participating in democratic processes and stepping up and supporting communities when the government fails to do so.

Indeed, as we here at the Centre for Public Impact have seen time and time again, opaque, often-distant institutions have less legitimacy than the local organizations and institutions that are embedded in and trusted by the community. Milstein argues that while trust begets accountability in our friendships and personal relationships, on a community-wide level, “…the reverse is more often true: accountability allows us to trust each other… Accountable democratic structures of our own making, in short, provide the foundation for trust, since the power to decide is both transparent and ever-amenable to scrutiny” (115).

Champion the voices of those who are heard the least

Just as we need to expand our view of institutions, so do we need to expand our view of the citizens that represent and participate in them. Allen argues that the formal term of representative can apply to “[a]nyone who offers citizens narratives of who they are, how their political world works, and what its structuring principles are…” (168). Doumani refers to this labor, done in and for a community, as part of a larger political project, a collection of “…thousands of little fires…” that, “[w]ith social media, this information becomes more accessible and transcends state boundaries.”

This is an important framing because a narrow understanding of political engagement erases how politics is forced onto the lives of those who have been alienated, abandoned, or mistreated by the government in the US, who have no option but to be political. Their beliefs, needs, actions, and networks matter. It is vital to understand organizers as not only part of the broader system of governance, but central to it. Recognizing the power of people to influence and determine the law, instead of solely the state, is a constant practice of Doumani’s. He states, “I try to expand the horizons of knowledge production beyond… state-centric ways of thinking in order to center ordinary people in historical narratives.”

The criticalness of individual people to the larger community gives us a starting place to imagine new models for government legitimacy by engaging and supporting community members and their local networks and organizations.

A deeper understanding of legitimacy

By understanding the need for trusted relationships built on a local level, and a system expanded to center voices both long excluded and more recently alienated, we are able to put into words what a legitimate system of government looks like.

These texts present a compelling argument for local governments to re-engage with community organizations and networks. By understanding the need for trusted relationships built on a local level, and a system expanded to center voices both long excluded and more recently alienated, we are able to put into words what a legitimate system of government looks like. Our work to illuminate the tensions of government legitimacy, and imagine new manifestations, allows us to become aware of otherwise unnoticed political opportunities, and brings us closer to an understanding of legitimacy that is both meaningful and actionable. 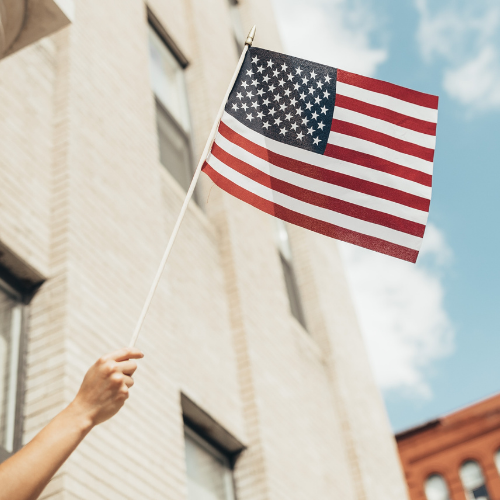 The CPI team in North America is committed to strengthening the relationship between people and government.