The endgame of the Bumbuna hydroelectric plant project

Explore the Fundamentals
The Bumbuna hydroelectric plant (BHP) project was begun in the 1970s with the aim of powering Sierra Leone’s capital city, Freetown. It was already behind schedule when the civil war brought work to a halt in 1997. Ten years later, Ernest Bai Koroma became President and made the completion of the BHP a high priority. In 2008, he appointed a new project director with the brief to get the job done as quickly as possible.

“When President Ernest Bai Koroma took office in September 2007, he set energy at the top of the five policy priorities in his ‘Agenda for Change’.” [1] Central to the energy policy was the completion of the Bumbuna project. “In May 2008, [President Koroma] assigned an experienced administrator and former consultant on the Bumbuna project, Victor Strasser-King, to get the job done … Orchestrating regular inter-ministerial meetings, developing his own performance tracking system and making deft use of presidential backing, Strasser-King managed the project to completion and commissioning in November 2009.” [2]

Work on the Bumbuna hydroelectric plant (BHP) began in the 1970s. It was planned that the plant would produce 50 megawatts (MW) of electricity, principally for the capital, Freetown. However, the project was suspended in 1997 as a result of the civil war in Sierra Leone. It was already a long way behind schedule at that point.

In 2007, Freetown received only 5MW of electricity, whereas it needed 60MW, according to World Energy Assessment guidelines.  In 2008, Freetown faced a serious energy crisis as two generators met less than five percent of the Sierra Leone capital's needs. Electricity was made available to residents for only two to three hours every few days and businesses struggled.

The BHP is located near the Seli river about 200 kilometres from the capital of Freetown. It was the first major hydropower development in the country.

After completion of the plant, Freetown did not receive 50MW capacity from the BHP. Also, there were other constraints such as the fact that generation relied on rain to fill its reservoir. During the rainy season it could provide the required 50MW, but during the dry season it produced only 18-20MW.

The main stakeholder in the BHP was the government of Sierra Leone. The stakeholders involved in the building of the plant included Salini Costruttori (Salcost), ABB Italia, and Studio Pietrangeli and, in seeing the project through to its completion, Strasser-King.

The UN Development Programme (UNDP) financed the initial project plan. In 1984, a feasibility study was conducted by the World Bank. It then decided to invest in the project on the basis of its Dam Planning and Management Action Plan (DAMAP). “The first phase of the project received funding from the World Bank (US $50.5m) and the AfDB (US$103m). [3] In addition, it received funding support of US$19.9m from the Italian Government, US$8.4m from OPEC and US$8.9m from the Sierra Leone Government."

When President Koroma came to power in 2007, the completion of Bumbuna plant was one of his primary objectives. The government supported the project with some investment, although a small proportion of the total funding.

An evaluation of the effectiveness of the strategies of BHP was published in ‘Problems and Perspectives in Management' in 2007. It rated the internal factor, ‘High public moral support', as ‘3'. However, it rated ‘Bad media exposure' as ‘2'. The ratings range “ from 1 to 4 where 1 is a poor response and 4 is a superior response.” [4] The World Bank project appraisal report considered it an “indication of broad public support for the project is that [BHP] is featured on the SLL 5000 bill.” [5]

An alternative view was that of Sierra Leoneans when the BHP was officially commissioned. “Even after the electricity started flowing to Freetown, public scepticism remained, and some even doubted that the power was actually coming from Bumbuna ... A lot of it was just disbelief.” [6]

The objectives of the project were clearly stated and were measurable (to build a hydroelectric plant with a production capacity of 50MW). The outcome of power generation addressed the relevant issue of the very low availability of electricity in Freetown.

A feasibility study was conducted by the World Bank. Also, an economic review was conducted in 1983 which resulted in the decision to investigate a scaled-down version of Bumbuna Plant and carry out further feasibility studies on that basis. The World Bank provided some the required funds along with the AfDB, the Italian Government, OPEC and the Sierra Leone Government.

The Government of Sierra Leone owns the BHP and the Italian company Salini Costruttori operates it. The final phase of the project was run by Victor Strasser-King.  A geologist by training, he had studied management in France, knew the project well as he had worked on the design while he was a professor at Fourah Bay College in Freetown.

“In order to meet the December 2009 deadline, Strasser-King developed a performance tracking system ... This system identified individuals responsible for particular action items and allowed Strasser-King to closely monitor progress against specific targets and to intervene as needed. [7] This system reflected Strasser-King's hands on management style, which he said avoided ‘relying on delegating tasks' and stressed the ‘value of personal involvement to ensure things are working' ”.

The indicators and results for each component were monitored and evaluated by the Project Implementation Unit. The performance indicators to monitor the project performance such as plant efficiency, and production capacity. “Strasser-King’s performance tracking system aimed to accelerate the pace of work and improve the performance of both government officials and contractors. Constant monitoring, he believed, also would allow him to identify and clear bottlenecks quickly. The system consisted of a simple tracking table [which] listed 10 or so action items at any given time, identifying the person or unit responsible for each, the required activities, the resources allocated, and the target date for completion.” [8]

Not all the actors involved in the project cooperated effectively. Salini Construction, the company that was building the dam and the powerhouse, threatened to suspend work over certain disagreements with the government. Also, there were misunderstandings on how to connect the Bumbuna dam and the King Tom power station in Freetown. Moreover, there were disputes regarding the management and operations of the BHP.

These misalignments were largely resolved by the intervention of President Koroma and his appointment of Strasser-King, who sought to resolve the disputes between Salini and the Minister of Energy.

In general, the international donors, such the World Bank and the AfDB cooperated effectively with the Sierra Leonean government and were generous funders of the BHP.

TURNING ON THE LIGHTS IN FREETOWN, SIERRA LEONE: 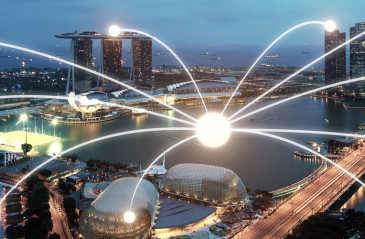 Building a digital government in Singapore 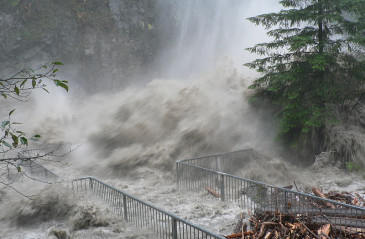