Waste not, want not: digging into the real causes of improper payments

While moments of consensus in American politics continue to be exceedingly rare, there has always been at least one aspect of public discourse that provides a source of consistent agreement: the common detestation of government waste. Waste corrodes not only the government's bottom line but also our confidence in the ability of public institutions to direct precious taxpayer dollars efficiently to what really matters - carrying out the government's most critical missions and priorities.

Government waste, when it occurs, can take many forms - paying maintenance costs on real estate that is no longer needed, running programmes and activities that are duplicative and overlapping, authorising travel when the job can be done remotely, procuring goods and services at a higher price than the value received in return, and so on.

In a few cases, such waste is the direct result of bureaucratic incompetence (or, more rarely, advertent behaviour) and thus rightfully draws the ire of concerned citizens and the members of Congress who represent them. In many cases, however, the circumstances surrounding government waste are more complex. For example, some government spending may look questionable on the surface but actually represents a difficult trade-off between various ‘not so great' options.

An improper payment occurs when the government makes a payment of the wrong amount, or to the wrong individual or entity, or at the wrong time (e.g. an unemployment insurance benefit paid after the individual has re-entered the workforce). The government makes well over $100 billion of improper payments annually. With a number this staggering, it is not surprising that doing something about it has been a top management priority for various administrations. But progress has consistently been sluggish, and the most recent government reports on the topic indicate that the number of payment errors is on the rise.

The programme with highest error rate in all of government (27.2%) is the Earned Income Tax Credit (EITC), meaning that more than one dollar out of every four that the IRS paid to EITC claimants should technically never have been paid. This represents more than $15 billion in improperly issued tax credits last year - eye-popping numbers to be sure. And how to go about fixing it is something that I have been involved with personally, initially while serving as the government's improper payments lead official for both the Bush and Obama administrations, and then more directly when I served as the Acting Commissioner of the IRS.

The EITC programme has long received broad acceptance, given the important role it plays in providing income support to the working poor. However, it is not an easy programme to implement. It is underpinned by a complex array of legislative requirements for determining who, among the millions of working poor, are eligible to receive the credit.

For example, under the law, the individual claiming the credit must have lived with his/her dependent child for more than six months during the year. How should the government go about validating this for those claiming the credit? There is no childhood residency database that can be searched, and there are no intrusive-free methods of validating a taxpayer's claim about their household make-up and status throughout the year. As a result, the IRS issues the credit to many people who are classified as poor but who live with their dependent child for less than six months of the year. While technically an error, the example demonstrates that there are various situations in which errors should not have us automatically challenging the competence of the government agency responsible.

For the EITC, a good part of the discussion should centre on the policy tensions and trade-offs involved in deciding where the IRS should focus its limited resources. Should it increase the incidence of audits on lower income individuals or should it concentrate its efforts on rooting out scam artists, masquerading as professional tax-preparers, who victimise EITC recipients and steal their credits? The former emphasis would more significantly reduce the overall improper rate, while the latter would target a relatively small amount of error compared to the whole, but would address more egregious cases of public concern.

Other federal departments face similarly tough choices in addressing improper payments. If increasing the paperwork burden with probing question to hospitals and patients would help curb improper Medicare reimbursements, should the government pursue such an approach? Should we let the Department of Health and Human Services share the personal information they maintain on individuals more freely with the Department of Labor, if it will help root out error in the Unemployment Insurance programme? Or should they limit such sharing in the interest of protecting data privacy? In some cases, federal agencies choose to prioritise error reduction and in others they pursue other policy priorities. These are judgment calls. And there are arguments on both sides.

These scenarios demonstrate that it would be a significant over-simplification to assume that all payment errors are a by-product of incompetence on the part of government administrators. Instead, the public dialogue on government waste should push past the headlines and distinguish between avoidable mistakes and difficult trade-offs.

Government executives need to make every effort to reduce improper payments. But these payments are not, as the headlines sometimes suggest, always the products of waste, fraud and abuse. More often than not they are products of complex programme design and judgment calls by management, about which reasonable people will inevitably disagree. 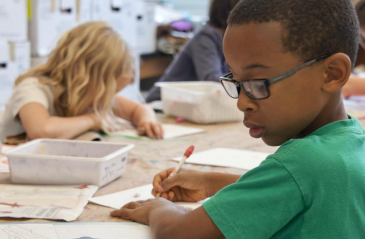 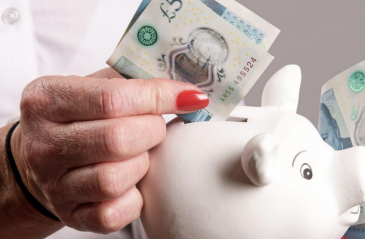