"Strap yourself in": Feliciano Tavares is focused on changing Black lives

At @ICWeightlifting, Feliciano Tavares is breaking down barriers & pushing back on Boston city government: "poverty is violence"

Amidst #COVID19 death tolls, Feliciano Tavares is focused on changing the conversation from Black deaths to #BlackLivesMatter

Feliciano Tavares is chief program officer for Boston-based Inner City Weightlifting (ICW). In his recent interview with CPI's John Burgoyne and Elysa Neumann, he talked about how ICW takes a person-centered approach to supporting youth who have been involved in gun violence to find jobs they care about. Feliciano opens up about how Covid-19 and Black Lives Matter have exposed the "perfect storm of cruelty and neglect" that has surrounded Black communities for years. They began by asking about his early life and career.

“I was born and raised in the Roxbury and Dudley area of Boston,” he said. “I went to Northeastern University and my degree was in Anthropology and African-American studies. After college, I started at Boston Public Schools as a phonemic awareness coach with young kids. Then I worked at Youth Options Unlimited, a Boston workforce development initiative, who gave me a specialised caseload of the victims and perpetrators of gun violence.

“After that, I was recruited by the Boston Public Health Commission's violence prevention division. I'm a huge believer in science and thinking about things differently. So, when they presented this program, the Safe and Successful Youth Initiative - where they were dealing with violence as a public health issue rather than a public safety issue - they had me right on the hook. I was there for eight years. It worked so well that Governor Deval Patrick of Massachusetts picked it up, they did a statewide initiative and then the government increased our funding.”

Feliciano went on to describe his current role. “I'd been in contact with the founder, Jon Feinman, initially because I'd referred some of my guys to ICW in Dorchester. This past winter we had lunch, and Jon offered me the position of chief program officer. It was an incredible opportunity. And it took me out of the rumble-tumble work I'd been in. I've lost a lot of guys to stuff, but most people who get shot, they survive, and it's about dealing with the aftermath of that violence. All that vicarious trauma had taken its toll on me, so this job was an opportunity to focus on myself. I've built out ICW's case management strategy, and I help them grow their model in a way that's person-centered, partnering with our students to put them in the best position possible."

"Some students get into personal training: they get ICW certification and their nationwide personal training certification, and they train high-level corporate people at the Cambridge site. That breaks down barriers. It helps people from those two very different aspects of society to understand each other. Because Boston is one of the most segregated cities in the country, especially when it comes to gun violence. You're talking about a very small geographical footprint - Roxbury, Dorchester - the streets and intersections where people get shot.

"Not everyone wants to be a personal trainer, not only because of interests but also some guys have gunshots and stab wounds and don't have the physicality. We can help them with their workforce development, their education, help them get their baseline documents - social security card, driver's license - so they're more workforce-ready. We help them into whatever track they want, culinary or further education, truck-driving or construction or teaching.

"And that's what I mean by person-centered. Whatever a student wants to do, that's how we build their individual advancement plan. Some of the times you put together a plan and it doesn't work. I've spent a lot of time going to Nashua Street Jail, to the South Bay House of Correction, going to visit guys in the hole, but what they appreciate, even when it doesn't work, is that I was an honest broker and tried my best. And so you have that standard of integrity, that level of communication and honesty that we need in order to fix this problem. It isn't going to get fixed any other way.”

ICW also seeks to engage their students in social issues. “Since I've been here, we've had two civic discussions. One was around COVID and the other was around police brutality. And what I've said to students and staff before going into those talks is: strap yourself in there, this is the beginning of a long road. We're only dealing with police brutality here, but what about food deserts and healthcare access? What about the fact that black kids can't walk to good neighborhood schools?”

This led on to Feliciano's observation, in discussing the impact of COVID, that “one thing pandemics do is expose these longstanding inequities. For Black people, our lives have been one big pre-existing condition. That's from years of disinvestment and neglect, the lack of quality healthcare, food, education, and housing. And all the pre-existing conditions that make COVID so deadly - hypertension, diabetes, high blood pressure, asthma, and obesity - we have an abundance of them. You see the numbers disproportionately affecting us, especially with deaths. I lost my best friend and his mom on the same day, a couple of hours apart. He was shot when we were around 16, he was in a wheelchair, he had a ton of health issues, and his mom had all these pre-existing conditions, and they passed on the same day.

“For my students, social distancing is not something they can do - people who are in shelters, in packed public housing. And if you're talking about frontline workers, you're talking about Black and brown people, some of the most vulnerable people in the country, who are on the workforce frontlines right now.

In Chicago, 72% of COVID deaths are Black. We have all these factors, it's the perfect storm of cruelty and neglect. I hope it will lead to systemic change, that government steps in and rights these wrongs.

"There's a question of what is justice, really? What does it really look like for people who have been marginalized? States and cities shouldn't get COVID bailout money unless they're actually addressing these inequities.

“It's about the lives of Black people. Do we have access to opportunities? Are we treated with dignity when we go to hospital? Those are things I think of when I hear Black Lives Matter: how we live, not how we die. I know it's a nuance shift, but I'd love to shift the conversation in that direction, because it's easy to make people into martyrs when they're gunned down by police, but can you take care of human beings when they're actually walking on this earth?

“I hope the government realizes that our country has been pushing democracy around the world, but if you want to see one group that's been a true model of democracy: it's the African-American. We've fought for democracy and played an active role in it, even though we weren't wanted and didn't have access to colleges or federal funding.

That's what I mean when I say to my staff and my white friends: strap yourself in. If you thought that researching and finding out the history of this country was exhausting, imagine living it.

“I've just tried to be a voice-box for the guys I've worked with my whole life, their families, and their kids. They have a lot of frustration and sometimes it's hard for them to put it in a way that people can understand. I say when I'm in meetings with the Boston Police Department or city government - poverty is violence. It's easy just to pin it on gun violence, but there are so many other forms of violence, disproportionately low access to healthcare - that's violence. I hope governments will start to think about these things in a different way.”

We need to see change, being heard is not enough

What differences would Feliciano like to see as we rebuild after the pandemic? “I think telehealth is a real interest to older black folks in the community and younger black folks, being able to access the doctor in different ways. When guys are dealing with a level of violence in a small city, with gangs in the street, it is tough to navigate the city - to use public transportation and get to the doctor. Virtual stuff is opening up new opportunities.

Beyond virtual opportunities, Feliciano sees tremendous room for growth, saying “We're in a crisis of leadership, from the top office in the country all the way down to mayoral and city council level and state representatives. When you need them in a crisis, they can't deliver, their ideas aren't even based on science or facts or lived experience or understanding of their country's history, they're just there, in a position. We need to value these positions more, put people in them who know what they're talking about and have all the prerequisites to be part of the discussion and formulate policy. And place more value on people's experiences, especially those who've been fighting for vulnerable people their whole lives, because we cannot do business as usual anymore.”

Do Black people feel they're being listened to or heard? “The heard stuff, I get it,” Feliciano replied, “but what are we actually doing? What systems and opportunities are we creating for people? What are we going to be putting in front of these people?"

I'd love to see these guys being taken care of, not just being heard.

I was on a call with the city's leadership team the other day. And one of my questions was: we get a guy, we get him a job, he's doing everything right, he's in a healthy space, but what does the world look like to him? What image are you sending to this guy? From a leadership level, what are you doing to create a better place for him?

“Every day, Black people are getting their asses kicked by police, by the system, by the jobs they're applying for and not getting. Right now we need some substance, not a bunch of rhetoric. So what I tell my kids is: ‘I'm listening with my eyes'. You can tell me anything you want, but I'm listening with my eyes, show me, and then I'll understand better. That's the point we're at right now - I need to see something.”

How are the systems you work in responding to the COVID-19 crisis?

Have the structures and culture you work within enabled a better response to the crisis, or do we need to consider what should be changed as we begin to look ahead?

Share your experiences, and be a part of the #CPIListens series during COVID-19. 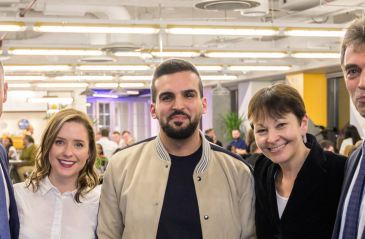 Championing the voices of young people in the UK: an interview with Mete Coban 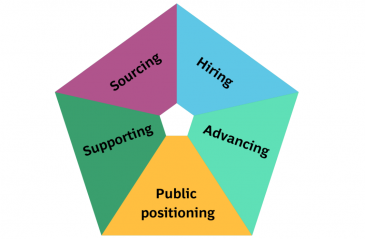 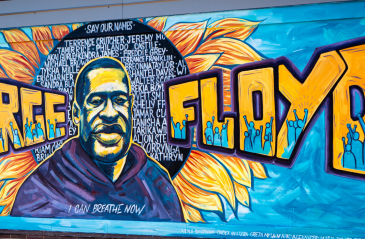