Schools of thought on US higher education

Hunter Rawlings: Students at the same school taking the same major can have different outcomes

Susan Herbst: What we get out of higher education should be seen as a truly valuable asset

Alex Johnson: higher education institutions have to be financially stable

Hunter Rawlings, President of the Association of American Universities

When it comes to analysing the impact of higher education institutions in the United States, there are many factors at play. Take research and athletics, for example. Big segments of the public - and especially policymakers - are now critically interested in research, and every state now wants the advantages offered by the presence of a major research university, or several of them. The reason is that research universities contribute in many ways to economic development. On the other hand, we all know that big-time intercollegiate athletics programmes are also highly impactful on states and regions in economic, social and cultural terms.

One factor that is often overlooked in the impact debate is the role that students themselves play in getting a good or a bad education. When it comes to measuring the performance of colleges and their educational ‘outcomes', what strikes me is how often students at the same school taking the same major can end up with vastly different outcomes because of the effort they did, or did not, put in. This is further proof that higher education is not a commodity. It's not like buying a television set - if that were the case, then every student would derive about the same value from the same degree. I would estimate that well over 50% of the value of a degree depends more on the student than it does on the college, university or academic department. It worries me that too many people see college as a commodity.

I would also like to see a move away from metrics that look at purely sh-term results. A number of states now require public universities to publish the average salaries of their graduates, by major, 18 months after graduation; I think they are making a really bad error. Frankly, no information is better than that information for parents and students, since it is so misleading.

It's time to take a step back and see the bigger picture. How should we measure impact? It's not just about the salaries of our graduates - if we just follow the dollar then we will be losing the heart and soul of what we're doing. As other nations rightly get a broader share of the global wealth, then whether we have prepared our children and grandchildren to lead joyful and useful lives is going to be critical and it is this that we have to put front and centre.

I agree this is very hard to measure but if we give up the candle and say all that matters is preparing for the first job - while I'm not saying that preparing for the first job shouldn't be part of it, I'm just saying that that this is not the only thing that matters. I agree it is very hard to measure, but we need to take steps to preserve and defend the American liberal arts tradition that the rest of the world is trying to capture. We want our students to achieve personal and professional fulfilment in the long term.

To this end we have to stop thinking that higher education is a commodity. We know how diverse the symphony orchestra of higher education is, but whether you're in the strings, brass or percussion section, we need to individualise ourselves and develop a more comprehensive definition of who we are and what we do. These first steps will help us embrace accountability, something I absolutely agree we should do.

My concern is how we measure impact and right now the system we have is far from perfect. It doesn't take into consideration the many variables that go into the measurement of impact. We can't use a ‘one size fits all' approach, as not all institutions are created equal. As a result, we have a significant need for a level playing field where we can compare apples to apples. It is difficult to accomplish this because it all depends on the constituencies that are being referred to, who are the players, who is setting the agenda and so on.

It is important to recognise, though, that despite all its faults, the United States higher education sector is still the envy of the world - everyone in the world wants to come and study here. That doesn't mean that it is perfect. But what it does mean is that we always have to strive to make it better, and in the last 50 years we have realised that we are moving into a knowledge economy, different to the past when most Americans would go into factories or offices with little education and still be able to make good wages and become part of the middle class. Today, without some type of post-secondary education, you cannot aspire to be a part of the middle class and you would stay in the cycle of poverty for most of your life. Going to college has gone from being something nice to do to being an imperative - not only for individuals but for the nation.

With this comes challenges because our institutions are not really prepared to deal with the kind of population seeking education today, which are mostly low-income, first-generation and unprepared for college. How we educate them is going to make all the difference for the country in maintaining its leadership position in the world - both economically and strategically.

As an institution I think we are moving in the right direction, but there is still more to accomplish. Our focus on community outreach and engagement will be amplified by the greater focus on measuring its impact on economic growth.  So, I think return on investment and promoting the economic wellbeing of the community where you're located is an important dimension of our institutions.

We also have to think about the outcomes of our students - particularly as it relates to ensuring that the United States continues to be globally competitive and to make sure our educational systems are among the best in the world. I think the biggest barrier to maximising this focus is that there are a lot of institutions out there that may not be committed to this national goal. There is a leadership void, to an extent, when it comes to making certain that this is being done consistently.

So, it would be wise to look at all of the various programmes and initiatives that we have nationwide and really look to see how they can adapt and utilise them to their own ends.

Certainly, higher education leaders are now saddled with a lot of different responsibilities not evident in the past.  Principal among them is making sure their institutions are financially stable. They also have to secure their connections with the external community, politicians and business leaders. So they do have a much broader array of responsibilities than they have had in the past. But the responsibility related to accountability has been evident for some time now. It's a difficult thing to implement and achieve but I think stalwart leaders need to be much more prepared to do that.

Looking forward, I think there will be greater emphasis on measuring and assessing the impact of our institutions. Unfortunately, a lot of the requirements for accountability are not being established or emphasised at the institutional level - it's being emphasised beyond the institutions. One example is the fact that many states are going with performance funding to demonstrate accountability and impact. When you're funded on outcomes, like student completion, it becomes much more important that you implement measures that validate your efforts.

Susan Herbst, President of the University of Connecticut

What it takes to maximise impact is more investment. There is a lot of talk about the cost of college, but the truth is that many students in many places are not paying the sticker price, because there are a lot of aid programmes that they can access. I always try and emphasise that any money put into a student's education is an investment in a human being. So whenever the subject of the cost of college comes up - which it does frequently - I try to remind people that it's not a cost but an investment. It's not like buying a new fridge or car, it is about an individual.

I do think that in the United States at least, what we get out of higher education in terms of its impact on the economy and society should be seen as a truly valuable input, but a huge amount comes down to how much we have to invest. That's not to say we shouldn't always be working on efficiency and being sure we are safe stewards of public or private money, but big impact comes down to big investments. In Connecticut we're lucky. The legislature and the governor have recognised this and invested billions of dollars over the last few years and this will enable us to be more productive and give students better resources. This leaves us far better placed to achieve the outcomes that these stakeholders are expecting.

When it comes to ensuring that my own projects and programmes have the desired impact, you have to make sure you have the right people in the right places. And you have to constantly compare your research productivity to other institutions that have the same levels of funding and resource. The peer-to-peer comparisons are vital. 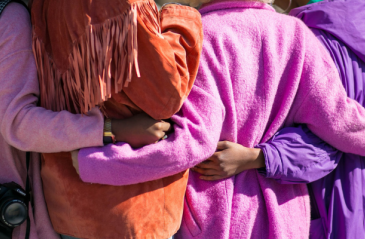