Kick-started by the UK's #GDS, several smaller countries which have been digital pioneers

After nine books, thousands of articles and dozens of research papers, it is clear that William Eggers is nothing if not prolific. A leading voice on government reform for nearly three decades, he has in more recent years been focusing on all things digital - looking at how governments can better deploy technology to improve services and citizen outcomes.

Of course, this is hardly new. Governments worldwide have been striving to harness the power of technology for many years but theirs has been a decidedly mixed track record. For every example of good practice there are problems aplenty. Eggers, while keen to stress that the overall trajectory is positive, agrees that there remains much room for improvement.

“Governments are certainly making improvements - especially over the past few years - but there is still a pretty large gap between the cutting edge things that are going on in the private sector,” he says. “Less than half of government agencies we have surveyed have a digital strategy. Those without a strategy tend not to have the right workforce skills, leadership and are not making the right investments.”

Picking up the pace

Eggers published his most recent book, Delivering on Digital: the Innovators and Technologies that Are Transforming Government, last month. It serves as something of a manual for reform-minded policymakers, explaining how they can use new digital tools - such as cloud computing and analytics - to truly transform their organisations.

“What's happened over the past few years is that we have had several smaller countries which have been pioneers,” he says. “But what has jump started this bigger movement is the UK and the development of its Government Digital Service (GDS) which helped other larger countries see the possibilities of digital. The US, for example, has in many respected mirrored the UK approach, and now we have Australia, Canada, New Zealand and many others going down a similar path. So we have seen more momentum over the past few years than we have seen over the previous decade.”

Of course, the US experience has hardly been smooth. For example, the global spotlight shone bright on the early problems of healthcare.gov but out of the wreckage has emerged a far more coordinated and professional approach. Eggers is in no doubt that this particular failure to launch has proved a blessing in disguise.

“The catastrophic start of healthcare.gov ironically ended up being the best thing that ever happened to US digital government,” he says. “This is because it forced everyone from the president on down to focus on and understand how a website should work; how IT services are delivered; how they are procured; what some of the challenges might be and so on. So, out of that came some very big changes.”

He goes on to say, however, that it doesn't always take a crisis to jolt a government into positive action. “Other countries - like South Korea, Estonia and New Zealand - have achieved digital maturity without a digital disaster,” he points out. “But while they aren't always necessary, a crisis certainly does focus the mind.”

A longstanding issue in the world of digital technology is the performance gap that exists between the public and private sectors - something that has grown in recent years with the success of Facebook, Twitter, Uber and many more. As a result, citizen expectations for online government services have skyrocketed - justifiably so, according to Eggers.

“We are absolutely not expecting too much from government,” he says firmly. “The US Federal Government alone spends $90 billion on technology - and that's not including the funding of intelligence services and defence. The problem is that 75% of that spending goes on maintaining antiquated legacy systems, some of which are up to 40 years old.”

This presents an opportunity, he believes. “Digital technologies tend to be much cheaper and so government needs to redirect its funding away from older systems and spend it on creating newer, better programmes,” he explains. “This will also enable government to bring in more of the best and brightest - maybe not for a career - but for periods of time thanks to the power of the mission. So I don't believe we should ever be satisfied at government being years behind what the private sector is doing - anything but."

Similarly, governments should also be seeking to tap into the technologies that are just starting to come on-stream - like blockchain for example. “We're seeing some early experiments - like Estonia and Vermont in the US - but it's still early days,” he says. “But so much of government is about things like protecting different property rights, intellectual property and so forth - much of which can move to a blockchain model. Although it involves a decentralised approach to money which will threaten some people in government, I think it will be increasingly deployed - even though it won't happen overnight.”

The use of such cutting edge technology will help administrations continue to close the gap - which Eggers says is of fundamental importance for democracy. “We live in a world where we can get anything from a car ride to a song to all sorts of other things in real-time,” he explains. “I think people will continue to lose trust in government if you end up with these big gaps in service delivery. If you look at the new developments like the Internet of Things then you have to be able to respond in real time. Governments are traditionally not set up to do that - theirs is a much more deliberative process.”

When he is not crouched over his laptop, tablet or smartphone working on his latest article or a new book, Eggers can often be found on the lecture circuit or advising governments around the world - his day job is overseeing thought leadership for Deloitte's public sector practice.

These experiences have enabled him to gain a broad understanding of how policymakers should go about implementing a digital transformation. The first piece of advice is to think small. “Government needs to be chunking their projects into smaller pieces,” he says. “The type of projects that cost billions, take years and are incredibly complex - we've seen very few of these be successful.”

And his second recommendation concerns mindset. Digital involves being open to experimentation and failure - which is contrary to deeply rooted approaches found in government. “A key tenet of digital delivery is that you don't always know the right approach before you test it, but the public sector has a compliance-driven culture driven by legislation and there is little reward for taking risks,” he says. “Mike Bracken and others really tried to change this with the UK GDS by making the approach more about project delivery and getting large cadres of people to do this work in a different way.”

It remains a work in progress, however. “Government has essentially been operating in a waterfall fashion with an abundance of white papers and green papers and the feeling ahead of time that they have all the answers,” concludes Eggers. “But one of the biggest breakthroughs of digital is changing how we think about policy and service delivery. Many of the biggest failures in government over recent decades have been poor design that has been divorced from the needs of real users but digital is changing this - and there is much more still to come.” 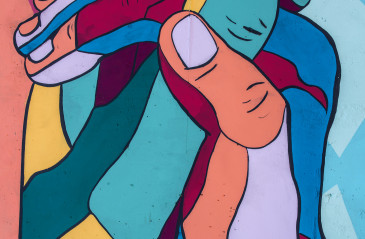