Learning from tragedy: a lesson on the value of earned legitimacy in government

"There is no playbook for when tragedy strikes. There is no one right answer in the face of trauma, and no single training that will ever teach us how to adequately respond when human lives are on the line" @jorgedfanjul

Our Government Legitimacy team in North America, led by @jorgedfanjul, will focus on working w/ public servants at local level best places to help those most in need

Early in my career, while working as the chief of staff to a New York City council member, an unimaginable tragedy happened. On the day before Thanksgiving, a pregnant young woman in our district was shot after dropping off three of her children at school. It happened right in her hallway, steps away from her front door, while her husband was sleeping inside. When the paramedics arrived, they gave this young mother a fighting chance, but she was pronounced dead at the hospital an hour later. The shooter, turned murderer, was now at large.

I would never have imagined that on that day I was about to be faced with one of the most challenging moments of my career in public service - one that would forever shape my view of government and its paramount responsibility to earn the confidence of the people it serves.

The shooting happened in a sprawling apartment complex where the majority of residents were working-class people of color. Within hours, this tight-knit community had become a crime scene. The word on the street was that the victim had knowledge of some criminal activity happening in the area, and she had to be silenced. Some were even saying that the authorities had failed to keep her safe after she had obtained an order of protection against someone involved in that criminal enterprise.

Many in the community had long felt forgotten by those in power. They resigned themselves to just being seen as another poor minority group - even by some of my own colleagues. What happens in communities like these - where the rumor mill often takes the place of factual evidence - is that in those first few hours, you never know what really happened. You just have to pick up the pieces and hope to take care of those who are left to now live with the aftermath.

Many in the community had long felt forgotten by those in power. They resigned themselves to just being seen as another poor minority group - even by some of my own colleagues.

That became my job when our office was notified by law enforcement of what had occurred. As the police began their criminal investigation and due to the heinous nature of the crime, the offices of all the local elected officials were brought in to help deliver city services to the family and give the residents of this community the support they needed to work through this devastating event.

When I arrived at the scene, I was offered a bulletproof vest because the shooter remained at large and could still be in the complex. I declined because I didn’t feel right talking to residents while wearing a vest to keep me safe, especially when they weren’t afforded the same measure of security. The victim’s family’s apartment was now a crime scene; they were separated from all their worldly possessions by police caution tape. We now needed to figure out where they were going to stay and how they would survive the next few difficult days. They were not people that had the resources to simply put a week’s worth of a hotel stay on a credit card and, with no other family nearby, they had no choice but to fall back on the city and put their faith in its government to help them through this painful time.

Over the next hours, days, and weeks my team and I took every opportunity to walk with this community and family in ways big and small. It was saying no to that bulletproof vest. It was making a promise to keep this family together in protective housing. It was hugging a mourning husband as we stepped over traces of blood to retrieve his family's belongings.

I started to see the most vital role I needed to play as a representative of what government should be for the communities it serves: humble, open, showing a willingness to learn, and leading with equity and accountability. I knew that the community-at-large was looking at us and how we, as government officials, handled the lives of this family. 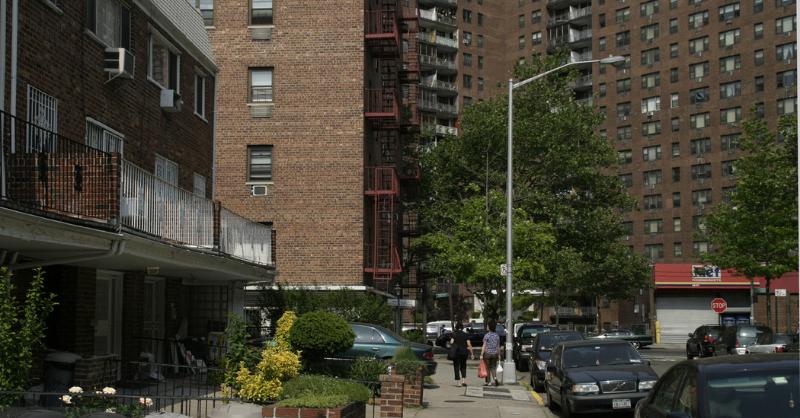 Looking back now, it makes me think of James Wilson's seminal piece, Bureaucracy, where the author reminds us that public confidence is now much lower than it was when government was doing fewer things for people. He concludes that while there are many societal problems that we can point to in explaining this lack of trust, one of them may be that the government is trying to do too many things that cannot be done, by anyone, very well. While I would agree that government is now responsible for more than it has ever been before, I don’t think we should oversimplify the nature of the work public servants have had to take on for their communities.

What so much of the well-intentioned contributions from academia and professional development in the public policy world overlook is the deeply human nature of the problems that public servants find themselves in--the very real and raw emotional responses to trauma government is ultimately responsible for addressing. It was important then to understand that as government, we had a responsibility to address the pain that was being felt by the community. We held neighborhood vigils, initiated community-led talks on gun violence, and worked to re-establish trust between the government and the residents in the community.

There is no playbook for when a tragedy strikes. There is no one right answer in the face of trauma, and no single training that will ever teach us how to adequately respond when human lives are on the line. In the face of an unfair system, often designed to hurt more than to heal, I hoped to bring a deeply human response to ensure the family was safe and that the broader community was looked after.

Through this experience, I learned that as a public servant gaining trust begins with realizing that it must be earned by government from the residents we serve. While we could certainly also argue over the amount of government needed by the community, I believe it would suffice to say that there would be no formal structure for bringing collective aid, security, or even justice to the affected or aggrieved without it.

But government has also failed residents plenty of times and made them question its legitimacy. Earned legitimacy then represents the idea that in no small part due to past actions that have harmed BIPOC, LGBTQ+, and other marginalized communities, government must acknowledge the need for it to be reconciliatory and apologetic about these past actions and show a commitment to confront the racial justice and civil rights issues that continue to plague American communities.

Through this experience, I learned that as a public servant gaining trust begins with realizing that it must be earned by government from the residents we serve.

When the CPI asked that I write an introductory piece as the new Program Director for Government Legitimacy in North America, I could only think of recounting the story that most tested my limits of how far I was willing to go to restore the relationship between the government I worked for and the people we served. That experience helped make me a true believer in the good that government can do for our communities, and I proudly chose to spend more than ten years of my professional life serving communities in New York City government.

I’ve seen it work well, but I’ve also seen it fail. So the opportunity to come to CPI and bring the lessons I’ve learned to help reimagine government is, to me, a continuation of my pledge as a public servant. At CPI, I found a group of changemakers who share my belief in the positive potential of government. A team that has worked with local governments across the country to put communities historically disinvested in first, and one that is advancing a broader movement towards a more human government--one that has an explicitly different value system--away from efficiency and prioritizing economic benefit and towards humility, learning, and above all, equity.

The relationship between Americans and government has deteriorated substantially in the last 50 years. Since 1964, American’s trust in government has decreased, as well as their belief that the Federal government serves their interests. Thankfully, Americans feel differently about local government. This silver lining is a bastion for the work CPI aims to do: equip government to work more effectively with residents to contribute to public impact.

Our team will focus on working with public servants at the local level because, as my old colleagues know all too well, communities are more likely to trust you when you are connected to them in the most personal of ways. Of all the levels, local government still remains best poised to help those that are most in need because it’s those local officials and staff that lend you their shoulder to cry on day in and day out, and when something heartbreaking happens, rest assured that they feel it too.

Earn Legitimacy in your Community

The Legitimacy team at the Centre for Public Impact is working to restore the relationship between people and government across North America. If you share in this commitment, let us know. We are seeking partners to further this critical work and are interested in spotlighting stories of building legitimacy in action.