.@tobyjlowe interviews @Heino1Olli about his work as Director General of @Opetushallitus and the work of the Innovation Centre within the agency. Read the 5 key takeaways!

The @FinGovernment has started to describe its approach as 'Humble Government'. When making a new policy, central gov doesn't assume it knows best, or that 1 solution works across different contexts

.@Heino1Olli believes result based management undermine the capacity to do effective work & gets in the way of learning, and that 'we should rebuild the performance management system entirely'

Earlier this year, I had the pleasure of interviewing Olli-Pekka Heinonen, Director of the International Baccalaureate and a CPI Europe Fellow. We had a fascinating discussion about his previous work as Director General of the Finnish National Agency for Education (EDUFI) - often described as one of the best in the world - and particularly the work of the Innovation Centre within the agency.

The whole conversation is worth watching, as he has a wealth of experience to offer to those working in public services. But for those more pressed for time, here are my five key takeaways:

The role of central government is to be a humble government, which supports local learning and experimentation

The Finnish government has recently started to describe its approach to governance as “Humble Government”. By this they mean that when making a new policy or new interventions, central government does not assume that it knows best, or that one solution will work across all the different contexts in Finland.

In the case of education, this means that the purpose of central government is not to dictate and manage the implementation of education policy and practice. Instead, its role is to create an educational context which provides a growth environment for each and every child. National government therefore sets a direction, and enables local experimentation with the practice which best achieves that.

The purpose of central government is not to dictate and manage the implementation of education policy and practice. Instead, its role is to create an educational context which provides a growth environment for each and every child.

We must build trust and offer trust

In order to offer trust, central government needs to “let go of control” and support the autonomy of people working on the ground. As Olli-Pekka notes: “Teachers are clever people... They know their stuff. Why wouldn't we utilise their abilities to develop their own work?”

This also requires a radical rethinking of leadership which challenges the traditional model of a “heroic leader”. Instead, the role of the leader should be to protect processes that support capacity building.

“Let’s forget scaling” says Olli-Pekka. This is a radical change of innovation method. Usually, innovation is about conducting experiments in order to find the “right” answer. And once the right answer has been found, it is the job of central government to take that to scale. Olli-Pekka identifies that this approach to scaling fails repeatedly. This is because it's simply the wrong strategy for complex environments. When we acknowledge that the world is complex, it means that we need to think differently about “scaling”. When we recognise the complexity of the world, it forces us to understand that “what works” in one place and time, won’t necessarily work in another.

The alternative vision for scaling developed in EDUFI’s work moves from seeking to scale the innovation(s) that worked in one place, and implementing those in other places, to scaling the capacity for learning and innovation itself. “What works” is actually the capacity for learning and experimentation in each place, so that is what must be scaled. 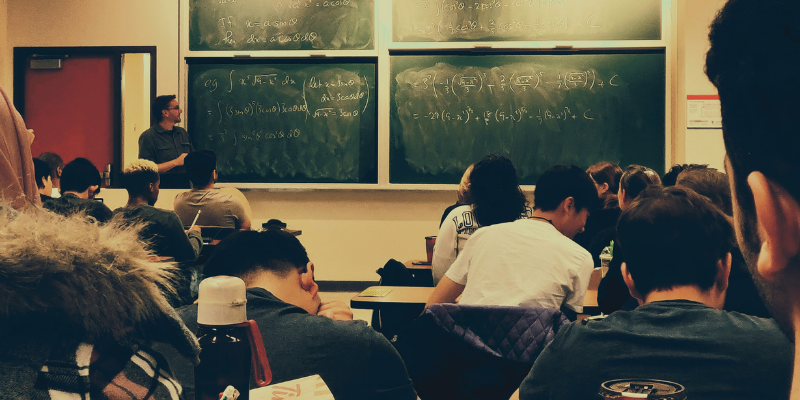 This is exactly what the Finnish education system has done, which gives significant autonomy to teachers and schools. The Innovation Centre within EDUFI created mutual accountability amongst actors at the local level, as well as between local and national government. They achieved this by helping those working in the education system to recognise that “autonomy” means being part of a system in which your actions are dependent on others who also have autonomy. This created a requirement for everybody to take on board the actions and interests of others.

Their mechanism for accountability therefore brings people together to hear one another’s interests and understand their actions. In doing so, EDUFI has created a multi-stakeholder dialogue process as a way to achieve peer-to-peer accountability, creating a system which holds itself to account.

Target-based performance management approaches undermine real-world performance by creating the conditions in which people systematically lie to one another.

He suggests that we replace performance management with a capacity building management model instead. This is one of the key changes that leaders can create within their organisations.

If this brief summary of my conversation with Olli-Pekka on how the government has reimagined education in Finland has whetted your appetite, you can explore this further in the new (free) e-book “Human Learning Systems: public service for the real world”. The e-book features case studies from EDUFI, and nearly 50 other organisations around the world who are changing how public management is done.

“The simple answers are wrong:” Toby Lowe on the need for a new kind of accountability in public services