For #InternationalWomensDay, we're celebrating women who have inspired the @CPI_foundation team, working in and around government to create a positive impact for people around the world

"If we truly want governments that work for everyone they need to be truly representative of the societies they serve," @AuroraHorwood on why its important to #BreakTheBias this #InternationalWomensDay

Today is International Women’s Day, a global day to celebrate the achievements of women. This year’s campaign theme is #BreakTheBias. Whether it is deliberate or unconscious, bias makes it difficult for women to advance, and recent global events like the COVID-19 pandemic have only delayed progress. According to the World Economic Forum’s Global Gender Gap Report 2021, closing the global gender gap has actually increased by a generation from 99.5 years to 135.6 years.

Nowhere is closing this gap more important than in government. Worldwide, governments continue to face increasingly complex challenges, be it climate change, inequality, international security, migration, or public health. Addressing these challenges requires a diversity of experiences, insights and approaches within government that are essential to creating effective and sustainable solutions. Put simply, if we truly want governments that work for everyone they need to be truly representative of the societies they serve.

Given findings in the UNDP’s Gender Equality in Public Administration report that women account for fewer than a third of all top leadership positions in public administration, it’s clear continued action is needed.

However, there are already many inspiring examples of women who have broken the bias. This International Women’s Day, we are celebrating some of these women who have inspired the team at CPI. This list brings together a variety of women working at different levels, both inside and outside government. Some are trailblazers from the past, while others are just getting started. What unites them is their work to create a positive impact for people around the world.

Sam is a fierce and relentless advocate for innovation and experimentation in government.

A Bulgarian economist and former CEO of the World Bank, Kristalina has served as the Managing Director of the International Monetary Fund since October 2019. She was previously the Interim President for the World Bank Group and was responsible for its efforts to end extreme poverty by 2030. Her key interests include the climate crisis and how it is linked to financial stability, and rising debt levels across Africa.

Lela is currently Director at Black Thrive Global, a partnership of statutory, voluntary sector and community members working together to improve the mental health and wellbeing of black communities in Lambeth, London. Lela is incredibly inspiring and an advocate for black wellbeing. 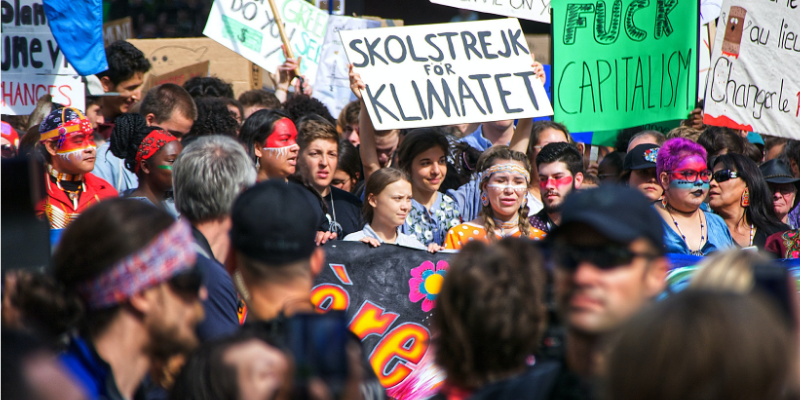 Though still only 19 years old, Greta has catalysed a worldwide movement for climate change and demonstrated how the public can be engaged on this topic. Through School Strike for Climate, she has brought together an international movement of school students who skip Friday classes to participate in demonstrations and demand action from governments. The 2019 Global Week for Future involved 4,500 strikes across 150 countries and gathered together millions of protestors.

Amina Mohammed is the Deputy Secretary-General of the UN and Chair of the United Nations Sustainable Development Group. Prior to this, she was Nigeria’s Environment Minister from November 2015 to December 2016, where she steered the country’s efforts on climate action.

Tara’s work through Stronger Places Stronger People is leading the way in demonstrating what a community-led approach looks like in practice.

Yuriko is the first female Governor of Tokyo, and was first elected in 2016. In this role, she is head of the world’s largest city by population, and has been applauded for her handling of the city’s COVID-19 response.

Ranjana Kumari, Director of the Centre for Social Research

Ranjana is a social activist, writer and academic who has worked to empower women across South Asia. She is Director of the Centre for Social Research, an advocacy group for women based in New Delhi, and chairwoman of Women Power Connect, a national organisation of women's groups.

Michelle has served as High Commissioner for Human Rights since 2018. She was the first female President of Chile, and served two terms. In her time as President, she promoted the rights of all but especially the most vulnerable. Some of her key achievements include creating a National Institute for Human Rights, establishing a Ministry of Women and Gender Equality as well as approving Civil Union Act legislation, which granted rights to same sex couples.

Until recently, Frances was the Director of Place-Based Reform Delivery in Victoria, Australia, working to improve the understanding and practice of place-based approaches across the State.

Simone Veil on the day of her Speech on Abortion Law, 1974 (Credit: https://www.gouvernement.fr/en/40th-anniversary-of-the-veil-law)

Simone was a French politician and champion of women’s rights. Active in French politics from the 1950s, she is famous for legalising abortion in France in 1975 in her role as Minister for Health through the “Veil Law”, and for becoming the first elected President of the European Parliament, becoming the first woman President of any EU institution. As one of the most popular politicians in France, she played a key role in contributing to the emancipation of women in the second half of the 20th century.

Asa served as Sweden’s Gender Minister between 2014-2018, where she worked to prevent violence against women and get men and boys involved in gender equality initiatives. As Assistant Secretary-General of the United Nations and Deputy Executive Director of UN Women, she is leading UN efforts to champion gender equality around the world.

Ruth was an Associate Justice of the U.S. Supreme Court and the second woman to be appointed to the position. She was a strong advocate for women’s rights, won a number of cases of gender discrimination and was an influential pro-choice advocate. In the 1970s, she also served as the Director of the Women's Rights Project of the American Civil Liberties Union. 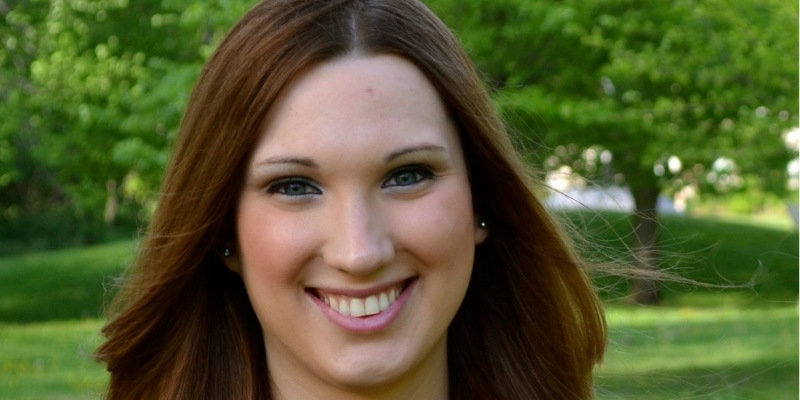 By Sarah McBride - A message on Twitter by the subject of the photograph. (Cache on Archive.org Wayback Machine.), CC BY 4.0

Sarah is an American transgender rights activist and was elected as a member of the U.S. Senate in 2021, making her the first openly transgender state senator in the country. She is credited with the passage of legislation in Delaware banning discrimination based on gender identity and was formerly the National Press Secretary of the Human Rights Campaign, the largest LGBTQ advocacy group in the U.S.

As Africa’s first democratically-elected woman President, Ellen led Liberia through reconciliation and recovery following a decade-long civil war and responded to the Ebola Crisis of 2014-2015. She has won international acclaim for the economic, social, and political achievements of her administration, and, in 2011, she was awarded a Nobel Peace Prize for her work to empower women. Today, Sirleaf is an influential voice for expanding women’s political participation and involvement in decision-making processes. She says:

“Increasingly there is recognition that full gender equity will ensure a stronger economy, a more developed nation, a more peaceful nation. And that is why we must continue to work.”

Hilary was Director of the UK’s Government Equalities Office, in charge of policy relating to women, sexual orientation, and transgender equality. As part of this, she ran the team that brought forward gender pay gap regulations, which forced British companies to calculate and publish their pay gaps.

International Women’s Day 2018: Here's how to Press for Progress

Heroes of the COVID-19 response: the women you know, and some you may not… yet

Mars and Venus: How women engage differently in politics