Reporting on the performance of Kosovo's judiciary

When Kosovo declared independence from Serbia in 2008, it suffered from structural weakness in its major institutions, such as the courts. Members of the Balkan Investigative Reporting Network (BIRN) wanted to publicise the failings of the judiciary in order to promote the rule of law. To achieve this they gathered together a group of legally trained monitors to attend court hearings and keep a record of procedural violations and unprofessional conduct.

Absent an effective, existing organisation with oversight of the courts, it was up to members of civil society to take the lead. One of these was Jeta Xharra, the head of the Kosovo affiliate of the Balkan Investigative Reporting Network (BIRN). “In 2008, Xharra along with her two colleagues Ispahiu, and Abazi, “began laying the groundwork for the BIRN judicial monitoring programme”. The three initial monitors began work in March 2008." [2] “After half a year, BIRN doubled the number, and by March 2009, eight monitors were covering district and municipal courts in five of Kosovo's seven district." [3]

Consultations were held with legal experts about the type of data that the monitors would collect. It was concluded that procedural violations and lack of professionalism were the most pressing areas. The team's activities were principally:

The eventual aim was to put pressure on the judiciary and other legal personnel to modify their behaviour and to instil a sense of public accountability in the courtrooms.

The Balkan state of Kosovo is a region of the former Yugoslavia. In February 2008, it declared independence from Serbia, a decade after the Kosovo War of 1998-99. One of the newly-created nation's problems was the weakness of its institutions, such as the court system, which was slow and lacked transparency.

Procedural errors were common, and cases had often been delayed in the judicial system for years. There was, therefore, a need to discover the reasons behind the delays and decide what to do about them.

Most judges had trained in the communist former Yugoslavia and were “unaccustomed to public observation of their work”. [1] This led many judges to hold hearings and trials in their private offices with no opportunities for those other than parties to the case to attend.

A high priority for those wishing to reform the Kosovar courts was therefore to gain access to all judicial hearings and be privy to what took place.

The project team attended 8,694 sessions in all Kosovar municipalities, at all levels of the court system, in the five years from 2008 to 2013. The project team's weekly presentation of statistical data in the “Justice in Kosovo” television programme also had an impact.

There was an increased sense of professionalism among the judiciary. In 2013, nearly three-quarters of court sessions (73 percent) started on time, almost double the 2009 figure of 38 percent. The newly-elected Supreme Court President, Fejzullah Hasani, issued an administrative instruction on 4 March 2010, ordering all judges to wear robes during trials.

There was also an increased sense of transparency. In 2013, only 44 percent of sessions were held in judges' private offices, down from 73 percent in 2009.

The major stakeholders of the project were BIRN, which provided the organisational context and employed the project team. The funding was arranged by the Rockefeller Brothers Fund. The judiciary and the other members of the Kosovar legal profession were also stakeholders, in that they all had an interest in improving the court process, although some were less enthusiastic than others. It was also an important initiative for Kosovo's civil society.

The main individual stakeholders were Xharra and her colleagues in the project team, Haki Abazi, the director of the Rockefeller Brothers Fund's Western Balkans programme, and Faik Ispahiu of Internews Kosova.

There was no information available on any involvement in the project by any of the political leaders or the government.

The public had little confidence in Kosovo's courts at the start of the project in 2008, as indicated by a UN Development Programme (UNDP) report from 2007. “An October 2007 report by the UNDP stated that only about 1 in 5 Kosovars surveyed expressed satisfaction with the court system and the prosecutor's office, a rating lower than any other government institution's." [4]

Public satisfaction with the court system and prosecutor's office had risen from a fifth to 38% in April 2014, but dropped to 17% the following year. This drop could have been a consequence of the political stalemate that followed inconclusive election results  in June 2014.

The overriding objective of the BIRN project team was to help make the courts more efficient and transparent. The means chosen to achieve this objective was to monitor as many court proceedings as possible and to report any procedural violations and closed hearings.

There were two studies in 2007 that had confirmed the problems with the Kosovo courts:

The experience gained from a similar and previously conducted monitoring programme by BIRN during the elections was used by the project team in devising its policy direction and its methodology. In deciding on the focus of the project, the team gathered evidence from a number of legal sources. “To assess the most important problems affecting the Kosovo courts, BIRN invited judges, lawyers, prosecutors, and other legal experts to share their thoughts and experiences. ‘We started talking about it, and we did lots of interviews,' Xharra said.” [6]

The discussions with legal experts addressed the feasibility issues of where to go for information and what information to gather. The funding provided by the Rockefeller Brothers Fund, and other donors, addressed financial feasibility, at least while international interest in Kosovo remained strong.

However, there were logistical difficulties in attending court hearings. “Although Kosovo law required most court sessions to be open to the public, in practice they were seldom accessible. Courtrooms for specific cases were sometimes difficult to find because of inadequate postings and signage. Few court buildings posted schedules showing locations and times of court sessions.” [7] However, this was gradually resolved when BIRN and the judiciary council agreed on a memorandum of understanding (MoU) in 2010 which allowed the project team's monitors to attend court sessions, including certain closed sessions.

Jeta Xharra and Faik Ispahiu were familiar with the media and used them to voice the concerns identified by the court monitors in court sessions.  The basic responsibilities were divided among the group, e.g. attracting funding and hiring monitors. They hired skilled monitors – law school graduates who understood legal procedure, the legislative framework and the new and old laws as well as recent reforms. In addition to this, BIRN provided training sessions for the monitors about the communities in which they would be working. The backing of international donors provided BIRN with the financial resources to attract qualified applicants.

The progress of the program was measured through the different metrics which were published by BIRN in media outlets and in an annual report.

There were a number of indicators of flawed hearings, such as: “Over-prolonged cases … Failure to use electronic recording equipment in court; Failure to post trial schedules on notice boards; Trials held in judges' offices; Delayed hearings; Failure by officials to coordinate trial schedules; Hearings held without full trial panels; Disengagement/passivity among panel members; Malpractice by defence counsels during hearings; Withdrawal from prosecution and indictment; Detainees' delayed transportation to hearings; Failure of police to arrest non-attendees; Inaccurate trial minutes; and Failure by officials and lawyers to wear robes.” [8]

There were detailed statistics on these problems, for example:

The wide coverage of court hearings meant that the metrics were very reliable. “In the second year of the programme, monitors attended 1,248 court sessions. By 2011, they had covered 2,525 and, by 2012, 13 monitors had observed all levels of the judicial system, including appeal courts and the Supreme Court.” [9]

The project team collaborated with legal experts in preparing the ground for their monitoring exercise. They also cooperated with the judiciary by signing an MoU with the KJC in order to gain access to court hearings and by promoting salary increases for judges (to reduce levels of corruption). “BIRN heavily promoted raising judges' pay through its monitoring reports, its media outlets, and meetings with relevant officials.” [10]

The monitors also conducted periodic interviews with presidents of courts, judges, chief prosecutors and prosecutors, lawyers and other parties to proceedings, as well as with officials from the relevant judicial institutions.

The project team published its annual reports to provide data about the Kosovo judicial process to the public in order to inform them of the state of their courts. In 2010, Xharra and Ispahiu created a television programme, called “Justice in Kosovo”, to explore rule of law issues. 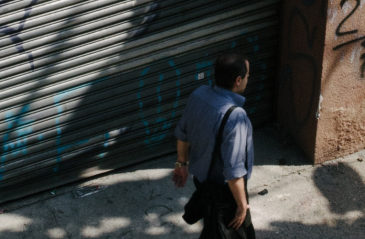 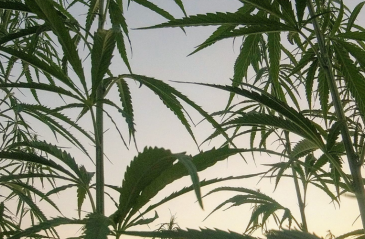 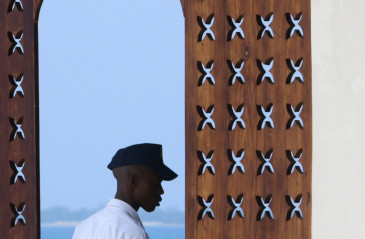