The need for more clean, safe drinking water is an imperative throughout Africa. By drinking contaminated water, people are at risk of potentially fatal diseases such as typhoid and diarrhoea. The charity, Evidence Action, runs the Dispensers for Safe Water programme in Kenya, Malawi and Uganda, providing chlorine dispensers so that the local inhabitants can disinfect their own water sources.

The charity, Evidence Action, started its Dispensers for Safe Water (DSW) project to provide access to safe, clean water in Kenya, Uganda, and Malawi. It had a number of connected aims:

The DSW project has the following methodology:

Customers then add half a teaspoon of diluted chlorine to the jerrycan in which the water is typically collected, with the correct dosage to disinfect the drinking and cooking water safely.

About 157 million people in the Eastern and Southern Africa region (ESAR) are not connected to a clean and safe water distribution system. They need to use external water sources, such as pumps and communal taps, and around 247 million people have no access to improved sanitation.

Poor quality water and sanitation, as well as unsafe hygiene practices, are the main causes of diarrhoea, which causes the deaths of more than 250,000 children under the age of five each year. “In Uganda, just 10 percent of the population has access to piped water, and approximately 23,000 people die of diarrhoeal diseases annually.” [1]

A partnership with Kiva funds clean water and provides access to clean water for 600,000 Kenyans. It is planned to serve an additional 1.72 million Malawians and 2 million Ugandans by the end of 2016. DSW is expected to expand to serve “25 million by 2018”. [2]

Evidence Action is the main stakeholder. It has partnered with fellow not-for-profits such as USAID, the Skoll Foundation, Kiva.org and One Acre Fund, who provide funds for the project. The stakeholders are supportive of the objective:

Evidence Action is a private NGO and has no affiliation with any government body. Therefore, there was no applicable information on political commitment.

DSW is an initiative of Evidence Action with the aim of providing access to clean, safe water in Kenya, Malawi and Uganda. It has set some targets with specific aims which they plan to achieve in the next few years.

The Evidence Action policymakers appointed researchers to investigate rural practices, then various studies were formulated and implemented to test the effectiveness of the initiatives. Trials of various initiatives were conducted to measure how effective the project would be in the long run.

From 2003 to 2010, before the implementation of the initiative, researchers investigated ways to improve water quality in rural Kenya.

The first study sought a cost-effective way of reducing diarrhoeal disease by improving water quality at its source. A Spring Cleaning programme was started whereby water from a spring was forced to flow through a pipe rather than seeping through the ground, thus preventing contamination from ground water.

In the second set of evaluations, households were provided with a seven-month supply of WaterGuard, a point-of-use chlorination product, and a storage container designed to prevent contamination. A pilot was initiated in the Zomba district of Malawi, which was then expanded to the neighbouring districts of Machinga and Phalombe, to install over one thousand dispensers in all.

A Cochrane review was conducted to evaluate improving water at the point-of-use, as well as more traditional improvements to water sources. The review covered 38 independent comparisons from 30 trials. It found that such interventions were effective in reducing episodes of diarrhoea, and this was used as evidence to scale up the DSW programme.

Several reviews were conducted to screen the impact of sanitation and hygiene interventions on diarrhoea in children.

The program is led by managers with relevant knowledge and experience. However, due to lack of feedback mechanisms, management has been rated as good. For example, Amrita Ahuja is a founder of Evidence Action and led the start-up of DSW.  She formerly worked as a management consultant, leading projects to evaluate market-based approaches to delivering products and services to the poor and has a Harvard PhD in Business Economics.

The day-to-day management of DSW is the responsibility of “an elected community ‘promoter' who encourages use of the dispenser, reports any problems, and refills the dispenser with chlorine.” [4] Local oversight is provided by “Evidence Action field workers who deliver chlorine on motor bikes, and track issues with mobile phones”. These field workers also monitor usage.

Each country has a project lead, who oversees that country's progress and reports to the deputy director of Global Safe Water, Andy Narracott.

A WASH Benefits evaluation, is conducted which includes chlorine dispensers as a water treatment method, and the SHINE evaluation, both of which measure the health impacts of water, sanitation, and hygiene using objective measures of child morbidity. However, the consistency of this monitoring policy and any published results are not evident.

The actors share a strong alignment with the objectives. An elected local promoter is appointed to conduct the activities of the initiative efficiently, and works closely with the Evidence Action field workers, communicating principally by mobile phone. The promoter also educates community members on how chlorine and the dispenser work, and the importance of disinfecting the water.

There is close collaboration with other not-for-profits, who provide investment for DSW (e.g., Kiva.org and the Skoll Foundation), while J-Pal provided evidence to assess the feasibility and functionality of DSW. 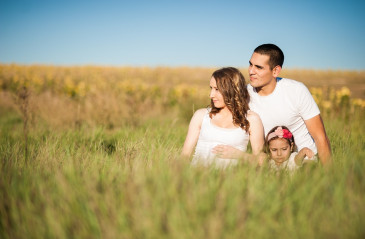 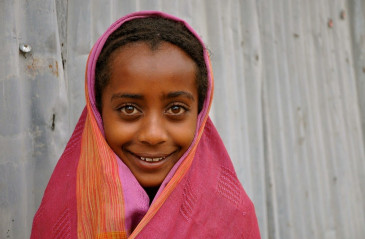