In response to citizens’ dissatisfaction with public services, expressed through demonstrations in 2009, the incoming president, Jacob Zuma, created the DPME within the office of the Presidency. Its aim was to make government ministries more accountable and more collaborative, and to encourage them to focus on policy planning and on monitoring and evaluating the impact of their policies.

In order to improve delivery of public services, Zuma set up the Ministry of Performance Monitoring and Evaluation (MPME) during his first month in office, within the Presidency, and it was headed by the late Collins Chabane. “He was able to develop and build the new Department of Performance Monitoring and Evaluation (DPME) within a short space of time, and was able to make the monitoring and evaluation function a crucial part of government work and a distinct feature of President Zuma's fourth administration.” [5]

The DPME, as it is referred to throughout the remainder of this case study, organised government ministries around a dozen broad policy goals based on Zuma's campaign platform. “These goals, or outcomes, covered a broad range of interests from education, public safety, employment and the economy to ‘an efficient, effective and development-oriented public service'. [6]

In order to address the deficiencies of the existing government performance, the MPME had three main aims:

For example, in order for the DPME to “build accountability, the outcomes approach went beyond the drafting of policies and set specific delivery targets against which ministers and departments would be assessed”. [8] This focus on delivery and outcomes was influenced by the ‘deliverology' of the Prime Minister's Delivery Unit in the UK and equivalent units in Canada, Chile and New Zealand.

After the end of apartheid in 1994, “the South African government had made substantial progress in basic services to rural areas and townships, providing electricity to an additional four million citizens, building more than two million housing units, improving access to clean water and attaining near universal enrolment in primary schools”. [1]

However, progress was considered to be too slow and “the Department of Public Service and Administration's own figures showed [that] citizen satisfaction with service delivery had plummeted during the final years of Thabo Mbeki's presidency, to 58% in 2008 from 75% in 2006”. [2] The result was that "President Jacob Zuma took office in 2009 amid a wave of demonstrations by South Africans protesting the government's poor record in delivering basic services”. [3]

There were three main deficiencies identified in the South African government that led to poor delivery:

The emphasis on outcomes meant that the “the new system lent greater coherence to national policy planning by requiring departments to organise their priorities and focus their efforts on outcomes that were determined by the presidency rather than on internally developed targets that often overlapped with other departments or left policy gaps.” [9] The DPME's most important contribution “was the use of data in formulating and assessing policies”. [10]

However, the DPME's approach was not binding on government departments and although “some ministries, including those dealing in health and education, embraced the system without pressure from the presidency, [others] did not embrace the outcomes approach”. [11]

The main stakeholder in the new Government Performance initiative was the DPME. The president was heavily engaged, having made the creation of the DPME one of his first official acts. The other main stakeholders were the other government ministries, some of which had embraced the new approach and were strongly engaged, e.g. the health and education ministries (see Public impact above).

The Treasury was also engaged, having already made a significant contribution to building accountability in the civil service by “implementing a Programme Performance Information reporting system that required ministries to report data linking financial inputs to actual outputs”, as was the Department of Public Service and Administration, which emphasised the importance of performance. [12]

“The Public Service Commission, an independent agency, published well-respected reports that evaluated ministerial performance in terms of nine criteria that were prescribed in South Africa's constitution.” [13]

It was clear that the DPME had received “strong presidential support at the initial stages". [14] It was the organisation tasked with:

There was a mixed response from the public to their government, with a number of significant demonstrations against President Zuma’s government in its first year. “Twenty-six public demonstrations, several of them violent, were recorded in seven of South Africa’s nine provinces during the first half of 2009. A study commissioned by Parliament found the protesters’ top grievance was poor service delivery, especially regarding water, electricity, sanitation and waste removal.” [17] However, Zuma was re-elected as leader of the ANC in 2012 and as president of South Africa in 2014, with a slightly reduced 62 percent of the vote.

The objectives stated at the outset were clear: building accountability, improving policy planning and encouraging cooperation between ministries, and these were maintained during the life of the DPME. The Ministry then measured each government department’s performance against a number of specific indicators.

There were a number of sources for the approach the MPME took towards improving government performance:

The personnel involved in administering the scheme had prior experience in implementing management reform in the public sector. However, they “had no legislative mandate to compel ministers to sign agreements and commit to specific targets”. [19] They were reliant on Jacob Zuma, “whose support provided the political punch needed to get things done”. [20]

The feasibility of the DPME achieving improved government performance was therefore dependent on the support of the president and some favourably disposed government departments.

The minister responsible for performance monitoring and evaluation, Collins Chabane, had experienced administrators under him in the DPME:

and municipal government as well as in the private sector. As director general of the Department of Transport in the 1990s, he had helped to introduce principles of New Public Management, [and later used similar principles to solve serious problems when he was city manager of Johannesburg.” [21]

reporting system during the early part of the decade and later developed a government-wide monitoring and evaluation framework”. [22]

This approach was built into each department. “Indicators and targets are used to track performance. Monitoring and reporting against the key outcomes of government should be prioritised. In this regard, heads of government institutions should ensure that indicators and targets related to wider government priorities ... are covered in the strategic plans, integrated development plans and annual performance plans of their institutions, where relevant ... Evaluations should be used to improve performance, accountability, learning and decision-making." [25]

All the actors in the DPME, PSC, the Treasury and President Suma were focused on making the change in government and all of them cooperated effectively. This is seen, for example, in the role of the DPME:

Considering the framework for policy and delivery in SA - the NPC and more, 23 September 2009, Polity.org.za 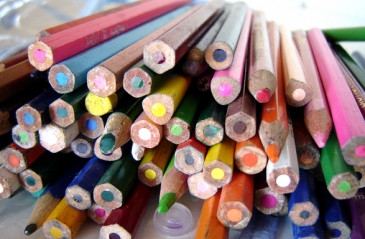 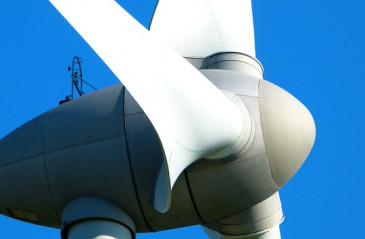