Belo Horizonte, Brazil’s third largest city, recognised in the 1990s that it had a problem with managing increasing levels of waste, especially given its rapid population growth. It addressed the issue by improving recycling, creating sustainable landfill, and partnering with an unlikely group of workers: the cooperatives of local catadores (waste-pickers).

One aspect of the initiative was to legitimise the collection of recyclables by cooperatives of catadores, recognising that these workers were already contributing to the increasing amount of recycling in Belo Horizonte. By entering a partnership with them, the city would improve their productivity and help the city meet its environmental and socioeconomic goals.

The policy emphasised the “segregation of waste at source to minimise environmental impacts and maximise social and economic benefits in local communities.” [2] The city installed more than 100 voluntary drop-off sites for household waste, which was then delivered to the cooperative warehouses for sorting.

There is also a standard, weekly, door-to-door recycling of paper, metal, glass and plastic, picked up by Belo Horizonte's waste collection trucks and delivered to catadores-led cooperatives to be sorting and processed. “Door-to-door collection currently covers about 354,000 (14%) of the city's 2.5m inhabitants.” [3]

Belo Horizonte's Municipal Urban Cleansing Law, which came into effect in September 2012, is a further plank in this approach and commits the city to “increased efficiency in overall collection services, recycling rates, social inclusion, job creation and income generation.” [4]

In the early 1990s, Belo Horizonte faced a waste and recycling challenge due to rapid economic and population growth. While recycling rates were up, they remained relatively low at around five to seven percent of total waste; yet there was the potential for a quarter of waste to be recycled.

To supply the statistical context: in 2005, the city of Belo Horizonte generated an average of 0.7 kg of waste per capita and “landfilled” a total of 3,500 tonnes daily. It generated approximately 1,500 tons of household waste per day. And at the same time, landfill per capita was gradually decreasing, according to the city's records. [1] By 2010, the metropolitan area's population had increased by 41 percent to around five million.

In addition to this issue, from the 1960s onwards many poor people had begun to work in Belo Horizonte's open rubbish dump, earning a living by reclaiming saleable waste materials. In 1973 this dump was closed when a sanitary landfill was created. As a result, the catadores (waste-pickers) took to the streets to protest. They were excluded and persecuted by the municipality; the population viewed them as beggars or criminals.

The first association of catadores, ASMARE, was set up in 1990 as a result of the work done by an NGO called Pastoral de Rua, which promoted the right to earn a living from recycling waste. However, there was still a need for a bigger programme and a proper framework which would provide the cooperative and informal workers new job opportunities and in turn help them earn a better living.

Belo Horizonte's pioneering approach to waste collection has had positive results and is seen as a template for waste management throughout Brazil.

By 2012, 93 percent of total waste in Belo Horizonte was disposed of in controlled disposal sites or environmentally sound landfills. The vast majority (95 percent) of the population benefited from the city's domestic waste collection services. Around 600 people were officially employed in the waste management sector through various cooperatives that had individual contracts with the city. Working conditions for catadores had improved significantly and they profited from the monthly minimum wage of US$321.

There was an effective partnership between the Superintendence of Urban Cleansing (SLU) local cooperatives like ASMARE to execute the initiative. Funding for the programme was received from the SLU, local government – through the Municipal Secretariat for Social Assistance – as well as from central government. All these show strong support from internal stakeholders.

The Brazilian government was willing to invest in the initiative, not least because it could provide a template for other local authorities nationwide. The city’s administration provided financial support for waste cooperatives through SLU and the Municipal Secretariat for Social Assistance, including funding for warehouses, tools and clothing for improved health and safety. It also amended local legislation for solid waste management, which together indicates that the ISWM initiative was a priority.

Initially the waste pickers were mistrusting of the authorities, believing they were there to harm them, causing a struggle to establish the cooperative.  However, over time trust was established, alongside a recognition that in order to leave the streets they needed to participate in organised work and therefore establish partnerships with the authorities and other civil organisations. [5]

The objectives were clear regarding waste management, with better waste disposal, increased recycling and the use of environmentally sound, sustainable landfills the direct priorities, leading to the indirect benefits of social inclusion, job creation and income generation. These objectives were well maintained.

Initially, there were concerns regarding the likely costs of the programme. For example, the city administration lacked the financial resources to provide more warehouses for sorting waste. However, it resolved this issue by forming financial partnerships with other city agencies while also receiving assistance from central government.

The project was managed by the SLU, whose management staff is skilled and from diverse backgrounds, including architecture, psychology and the law. All the operational services are decentralised, devolved to 10 local centres, which are coordinated by local government.

Their work is monitored by the council's Cleansing Agency, which also has skilled managers and technicians, including sanitary and environmental engineers, who understand the programme's requirements for delivery.

In addition to this, the Municipal Waste and Citizenship Forum was introduced in 2003 to provide training to the workers involved in the programme and to improve the worker's productivity and management skills, as well as integrating the local associations and cooperatives of catadores. From 2008-2010 the Forum received US$150,000 from Caixa Bank and the municipal government invested in training and equipment for nearly 300 catadores.

The number of workers for the cooperative, and their average wage can be easily measured. In 2012 there was around 300 workers earning on average $321 per month. Furthermore the the levels of general recycling are measurable, with increases in recycling rates and 95% of the urban population benefitted from waste collection services in 2012.

There was good coordination between SLU and the local catadores' cooperatives while carrying out the project, which was central to its success, both in terms of recycling and social inclusion. Public participation at discussions carried out under the initiative was also encouraged. Training was provided under the aegis Municipal Waste and Citizenship Forum as well as through direct collaborative sessions with the recycling cooperatives.

External funding was supplied by Caixa Bank, in addition to funding from central and local government. The city of Belo Horizonte works very closely with the University of Minas Gerais to explore the latest academic thinking on optimising solid waste collection. 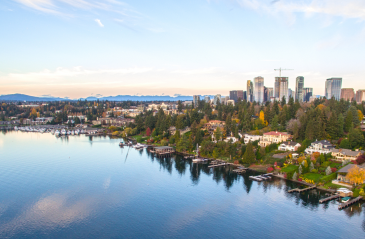