Network Scientist at the University of Oxford, Founder and CEO of Avantgarde Analytics

Vyacheslav researches human dynamics and complex social networks at the University of Oxford. At Avantgarde Analytics, he advises senior political leaders on algorithmic election campaigns and AI governance. He holds a PhD degree in computational social science and has previously studied at Harvard, Oxford and the LSE. He is a frequent speaker at the World Economic Forum and is actively involved in its Global Shapers Community, where he serves as the Curator of the Oxford Hub. His research and commentary have been featured in the media, including in TechCrunch, Newsweek, Forbes, Bloomberg and The New York Times. 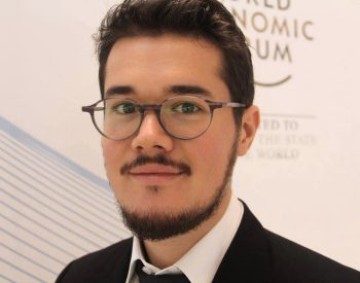 Why artificial intelligence can't solve all of government’s problems

Can we build the Good Samaritan AI? Three guidelines for teaching morality to machines

The good, the bad and the ugly uses of machine learning in election campaigns