CoLab is a space, team and approach for accelerating innovation in the govt of Alberta, Canada

CoLab is based on systemic design and strategic foresight, explains cofounder @KerenPerla1

Its top success has been working on Alberta's Open Government initiative, says @KerenPerla1

There seems to be no shortage of government labs these days. Their increasing prevalence is a testament to many things - in particular, the ongoing need to find better solutions to complex “wicked” problems, as well as the drive for more effective government at a time of limited resources. Helping Alberta's policymakers in these dual quests is the CoLab, a space, team and approach for accelerating innovation and reimagining the policymaking process.

"Our lab is grounded in the use of systemic design and strategic foresight. They are how we focus much of our efforts," explains its cofounder Keren Perla. "We work like internal consultants - so clients from within the provincial government come to us with a proposal, and we work with them to determine if our methods and a lab approach are actually what they need. If they are, we then work with them to cocreate what that journey will look like."

But what actually is a government lab? One of the first was Denmark's MindLab, which seeks to involve citizens and businesses in creating new solutions for society. Other prominent examples include the UK's Policy Lab and the OPM Lab in Washington, DC. In essence, a lab is a small team of personnel using different techniques to create new and innovative solutions to specific challenges. Perla explains that their presence in the government of Alberta can be traced back to a couple of alert assistant deputy ministers.

"They had heard about a new methodology called systemic design, which had been largely used in a military context in Canada," she recalls. "They liked the methods and thought it a very different way of approaching policy, especially how it requires a wide diversity of perspectives."

At the same time, Alberta's Department of Energy (DoE) had established a small foresight unit which shared a similar mindset and toolset. "Where strategic foresight looks to see how a system could evolve over the long term, systemic design is more about redesigning organisations and policies today," she explains. "But the two are very synergetic and together promote future-fit design. The DoE had the resources to fund a small pilot with a small team that would try and grow capacity in this area, which is how it all started."

The CoLab team was formally launched in 2014 with its own physical space within the department - one adorned with whiteboards aplenty and open space to encourage innovative thinking. Perla, who is a trained facilitator and had previously been serving in the Ministry of Executive Council, says that the first year was all about proving its value - and fast.

"When we first started, we were just trying to show that the lab approach and these methods actually had a lot of impact," she recalls, "and so we were keen to apply it government-wide. I think in the first year we did 38 different projects, ranging anywhere from a one-day engagement to multi-month campaigns. Our model has since evolved, and slowly we've been refocusing back onto energy - primarily because it is our home department, and in Alberta, thanks to our deep natural resources, energy touches almost everything."

This means that over the past three years and over the course of about 100 projects, a third have been specific to energy, in particular the connection of energy to other policy areas such as the environment and health. Other corporate projects like open government and public service renewal - both of which have broad implications for government - have also come on their radar from time to time, but Perla believes the focus on energy has many benefits.

"My observation is that having a focus in a policy area or theme allows you to gain greater depth in the content and issues being explored and addressed," she says. "This depth allows us to bring to the work the insights generated by unearthing the connections between energy - and all the other policies and strategies we support - and the deeper analysis that gets you to the heart of the challenge and the hard decisions that need to be made."

It is perhaps not surprising that CoLab's services have been much in demand. "We do three streams of work at the CoLab," she explains. "Firstly, live projects to build policy or strategy; secondly, broad capacity-building, which includes immersive training and running three communities of practice; and thirdly, actively building out the practice and theory of systemic design and foresight in papers, at conferences, and  in research partnerships with other organisations - national and international - that are doing things similar to what we are doing."

Asked to pinpoint one of CoLab's biggest successes so far, Perla cites their work on Alberta's Open Government Initiative. "With this, not only were we able to take it on as a specific lab project, we were also able to use it as a live case study for our training, so that those learning our methods could experience designing and leading a lab. They had a client come in and present the challenge," she recalls. "At the end of six days, they had to do a formal pitch to the client to showcase their results. Both the formal lab and what our students came up with, in the end, fed into the final strategy."

She goes on to say, though, that not every project is suitable for the CoLab approach. "We have specific criteria to help us determine if a project fits with our approach," she explains. "The challenge is that when there is something new and successful, people will just want to try it out. But labs aren't meant to replace how we currently work, rather to complement government's toolset.  And where labs are most effective is where the challenge itself is not well defined, because there's a lot of complexity and uncertainty, the data is limited in terms of what you're working with, there is a wide array of views - often conflicting - and the solutions aren't already set in stone. Our criteria have been developed after three years of being in the trenches and experimenting with ‘all things lab', so we have learned where the value can be added."

As for the future, she believes that labs are only just starting to show what they can do. "They're currently in the nascent stages," she concludes. "Our wheelhouse and approach continue to evolve. We're not just about systemic design and foresight - we're also very interested in learning and bringing other policy innovation tools into government. For us, it's all about what are the new and emerging approaches with the potential to keep us thinking outside the box and get traction on our messiest complex challenges - there is a lot more still to come." 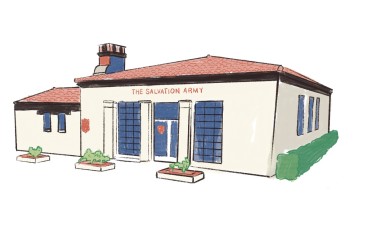 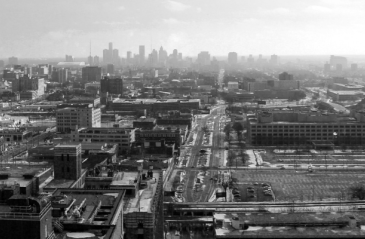