.@EdenCotteeJones @EirikLindebjerg urge governments to support the call for a UN treaty on #plasticpollution & vote in favor of negotiating

Governments all over the world have come together to address the challenges humans have posed to the planet—problems like climate change, ozone depletion, marine pollution from ships, and mercury pollution. But plastic pollution in our oceans markedly lacks an international legally binding treaty.

Like other pollutants, plastic that leaks into the natural environment is a significant problem with transboundary impacts. Plastic pollution is unconstrained by borders, flowing into parts of the ocean that are beyond national jurisdiction, in a classic example of the “tragedy of the commons.” Currently, 11 million tons of plastic pollute our oceans every year—and the global volume of plastic pollution entering the ocean is forecast to triple over the next 20 years.

To stem the tide of plastic pollution, we need a global legally binding agreement. Support for such an agreement is growing, and a proposal to begin formal negotiations is expected at the upcoming UNEA-5 meeting in February 2021. We are urging governments to support the call for a UN treaty on plastic pollution, and to vote in favor of negotiating a treaty.

Public Awareness Is at an All-Time High

Leading global companies are becoming increasingly aware of the business case for a global agreement on plastic pollution and are publicly calling on all member states of the United Nations to commence negotiations on a global treaty.

Why a UN Treaty?

At the moment, progress on reducing plastic pollution is constrained by a lack of a common language, an absence of clear targets and plans, and no agreed-upon methodology for assessing the baseline rate of pollution and tracking progress. Further, what few regulations do exist are narrow in scope and legislated in a patchwork of different agreements (such as the United Nations Convention on the Law of the Sea, the International Convention for the Prevention of Pollution from Ships, and the Basel Convention), creating a fragmented legal framework.

While international agreements alone cannot solve this challenge, to date, no global environmental issue of magnitude has been addressed without an international legally binding agreement.

A UN treaty on plastic pollution, with an overarching objective of eliminating plastic leakage into the ocean by a specific date, would seek to harmonize the most effective elements of the existing regulatory landscape to deliver four key benefits:

A Model for Success

In our analysis of prior global agreements on environmental issues, one in particular serves as a model for regulating plastic pollution. The 1987 Montreal Protocol, a vital element in the international community's effort to tackle the problem of ozone layer depletion, is one of the most lauded international environmental agreements of modern times. There are similarities with the plastic pollution issue that suggest it can serve as a model of inspiration.

100% consensus is not necessary to start making much-needed progress.

First, in the lead-up to the negotiation of the Montreal Protocol, public awareness of the ozone problem was rising, and consumer expectations shaped the priorities of governments and companies. This trend was reinforced by a growing body of scientific evidence, documenting the severity and urgency of the problem. As a result, political commitment also increased.

Second, the Montreal Protocol was achievable. It called for specific, measurable, and realistic reduction targets (cutback of 50% to be achieved within 12 years), with clear, simple, and agreed-upon metrics and calculation methods.

Finally, the Montreal Protocol was designed in a way that encouraged broad participation and implementation, while at the same time allowing for a gradual strengthening of the agreement over time, as the scientific basis for action grew and the effectiveness of the control measures could be evaluated. The same approach can be adopted for a treaty on plastic pollution; 100% consensus is not necessary to start making much-needed progress.

Public awareness of marine plastic pollution has never been higher—yet the volume of plastic pollution flowing into our oceans continues to accumulate at an alarming rate. We encourage governments to join with the millions of people around the world supporting this treaty. There is no time to waste.

To learn more, please visit www.plasticpollutiontreaty.org and download the report. 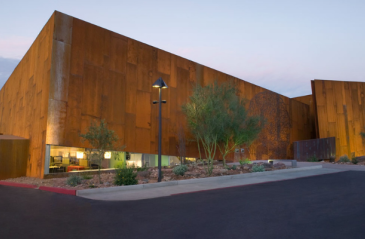 Reaching for What’s Next in Scottsdale, Arizona 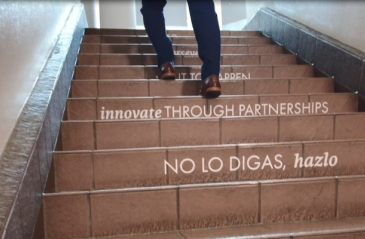