.@GrowAu is building a place-based movement to drive community-level reform and change in early childhood development.

In Australia, there are approximately 65,000 developmentally vulnerable children for whom there could be better opportunities and outcomes.

Last year, as part of our Future of Government project, we looked at how governments can deliver better outcomes by adopting alternative approaches. A different mindset is emerging, in which governments are creating the conditions for positive policy solutions to emerge, rather than directly providing the solutions themselves. One opportunity to adopt this enablement mindset is Grow Australia - that's the working title for an emerging national movement which brings together government, philanthropy, business and the community sector to drive community-level reform and change in early childhood development.

We spoke with one of Grow Australia's partners, Matthew Cox. Matthew is the director of Logan Together, a place-based collective impact initiative aimed at improving the wellbeing of young children in Logan, Queensland. Prior to this role, Matthew had spent a decade at the Australian Red Cross, heading the organisation's human services and community and economic development programme in Queensland.

The case for change

Matthew's desire to change the current approach to delivering child development strategies came from observing that long-term outcomes for children were not being achieved in certain locations in Australia. Matthew is a strong advocate for a different approach, called place-based collective impact. It focuses on individual locations, citizen participation, local decision-making and community capacity-building, and it emphasises collaboration across sectors and the redesign of service systems. It differentiates itself from other place-based approaches by targeting more complex social issues, and it has a dual focus on both people and place.

“After 10 years at the Red Cross,” Matthew told us, “I'd become pretty convinced that the services industry was really designed to make poverty less unpleasant while you were experiencing it, and it wasn't nearly focused enough on doing something to lift people out of difficult life circumstances. The industry was really focused on mitigating harms after they'd occurred or managing difficult social problems to prevent them from becoming catastrophic social problems. Comparatively, little effort was going into making change for the long term in the postcodes and places in Australia which weren't doing well. It's no surprise that these are the same postcodes that are now still not doing well, and that's despite the significant growth of the human services system.”

Matthew is challenging the status quo by asking important questions. “Can you make things better at a whole community level for the long term? Can you solve, or at least address, poverty at a structural level in Australia? The resulting hypothesis is that yes, you can, but you need to do things very differently and focus on the places where most people facing adversity live. Our least well off citizens live in certain places in high geographic concentration. So, focus on the whole-of-community system in those places. We need to think long term and do different things in the 50 to 100 places in Australia where disadvantage is persistent and where we can bring transformational opportunities to the greatest number of people.”

There is clear evidence supporting the case for place-based collective impact approaches in delivering better outcomes for children over the course of their lives. In Australia, there are approximately 65,000 developmentally vulnerable children for whom there could be better opportunities and outcomes. The current system leads to intervention too late in life, and it focuses on managing issues once they arise, rather than on prevention. Studies have shown that a focus on the early years (i.e. antenatal to five years old) provides a strong foundation for success in life and that there is a sevenfold return on every dollar invested in early childhood.

Little effort was going into making change for the long term in the postcodes and places in Australia which weren't doing well. It's no surprise that these are the same postcodes that are now still not doing well, and that's despite the significant growth of the human services system.

Rebalancing power from the centre to communities

Unfortunately, the current system is not set up to effectively support vulnerable children over their life course, and thus governments must actively support this transition. System reform is a critical success factor for this fresh approach to governance, data infrastructure, and funding mechanisms in order to empower communities in leading change. “In this sort of work, broad-scale change is required,” Matthew explained. “Currently, accountabilities are so widely dispersed that there isn't a single point of authority for growing kids up well and making a change in communities where it is needed most. You've actually got to work across dozens of different programs, government agencies and different levels of government with all the differences in mindsets, worldviews, priorities and timescales which that entails. This makes long term change very difficult, if not impossible. We actually need to think of a new institution or a new set of institutional arrangements to get this work done.”

The new system will involve a shift in the balance of power and responsibility from the centre to communities. Communities will be empowered and made accountable for leading and making decisions about solutions that are best for their own circumstances. Governance structures will be integrated and coordinated to allow communities to work efficiently towards shared outcomes, while silos between institutions and sectors will need to be broken down to enable a human-centred approach. Greater effort is required in terms of data-sharing across all levels of government, as well as with philanthropic organisations, service providers, and communities.

It was Matthew's extensive experience and passion for collective impact that led him to reach out to partners working towards similar aims and with help and facilitation from some national philanthropic and intermediary organisations a vibrant network has emerged. In 2018 this network expanded and the Grow Australia identity appeared. The common vision binding the partners is that by tackling entrenched poverty and inequality, we can realise a future in which all families and communities are able to raise children who are healthy, have a good education, and enjoy a strong sense of identity and belonging.

Grow Australia reflects the gathering momentum behind collective impact-based and place-based projects across the country over the last seven or eight years. “If I had to point to one of the catalysing moments, it was the release of the collective impact paper that Kania and Kramer wrote in 2011, which so succinctly encapsulated the problem of multisystemic challenges in less advantaged communities. They coined the collective impact term and wrote about communities that were finding a way through it by thinking strategically at the whole population level, setting goals, being informed by data, and then taking coordinated action across multiple disciplines and multiple stakeholders. It was an enormously influential bit of thinking.”

From then onwards, Australian researchers, philanthropists and service organisations, who had been struggling to make change within the existing environment, used the Kania and Kramer paper as a blueprint for reform. By 2016, there were over 80 collective impact initiatives underway in Australia. These individual projects then started to coalesce into formal and informal networks and clusters, and Grow Australia is now working to bring those networks and clusters together.

They coined the collective impact term and wrote about communities that were finding a way through it by thinking strategically at the whole population level, setting goals, being informed by data, and then taking coordinated action across multiple disciplines and multiple stakeholders. It was an enormously influential bit of thinking.

Spreading the message of place-based change

The first national forum to promote place-based social change was ChangeFest, held from 19 to 22 November 2018 in Logan, Queensland. At this event, a draft policy statement was proposed, outlining the underlying principles for the proposed early childhood reform, as well as a call to action for participants. Those attending this event included political leaders, community organisations, philanthropists, businesses and government agencies. By all accounts, it was considered a resounding success, with a lot of support for the place-based collaborative impact approach. “It's been incredible,” said Matthew, “and it's been important for the people there, who are incredibly motivated to continue with the agenda - and there's a critical mass that's also happened. This is not the province of a few community-level decision-makers. Now people are seeing it from all perspectives, including the people who have the system roles.  Importantly ChangeFest made the link between work happening in both Indigenous and non-Indigenous communities.”

The Grow Australia movement wants to capitalise on this momentum by continuing to make the case for further investment and resources for communities already adopting this new way of working. Matthew is confident about the potential of Grow Australia to be a catalyst for place-based change. “We have a good bunch of starting communities that are already working in a place-based way and thinking about these challenges. Government need to support them, we need to get some skills and resources, and we need to take it seriously and do all the things on a national scale that we can do. These communities are really identifying common needs for the data capability for leadership development, for deepening the bench strengths of skills in this very small field. We need to provide the enabling, supporting infrastructure to maximise this opportunity.”

At the Centre for Public Impact, we're exploring and debating the implications of enablement as part of our Future of Government project. Contact us at futuregovernment@centreforpublicimpact.org if you work in the public sector or in government and would like to contribute your thoughts and reactions to this debate.

We're speaking to government leaders, civil servants and public sector workers around the world to understand how they're thinking about the future and shaping their organisations for the challenges ahead.

Find out more about our Future of Government Project here.

A blueprint for equitable vaccination centers

Reimagining government in Australia and New Zealand: what we’re learning 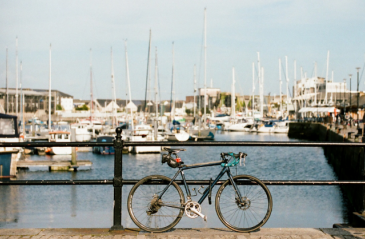