Driving change for residents with innovation - interview with David Yokum

Innovation happens in many ways, and technology is just ONE of a range of approaches. #futureofcities

Where should the innovation office sit within city government to drive real change? @david_yokum of @TheLab_DC shares his thoughts.

Innovation is not just about technology

We began by asking David about what innovation means for him. David feels strongly that innovation goes beyond using technology to deliver services, arguing instead that it depends on developing solutions through increasing resident engagement and bringing together practitioners from different areas across the city administration. This view of innovation influences where he believes the innovation office should sit within city government:

“I think it's a mistake to base innovation centers in the city technology offices because it's a shortcut to assuming that technology and innovation are synonymous. There's always the risk that technology, with its ‘sexy' appeal, can pull resources away from more fundamental civic and policy issues that can often be resolved with simpler solutions. The truth is that innovation happens in many ways, and technology is just one of a range of approaches.

“The center of gravity for organizing discussions around what is working well - or less well - and for integrating the budget is the City Administrator's Office. Based  where we are, with an integrated team, we often see instances where we can develop a better service for an agency without the need for a complicated predictive algorithm. It's important not to skip over the fundamentals. For example, in the work we did for the Department of Consumer and Regulatory Affairs, there was a temptation for the data scientists to go straight to a time analysis/big data research project, but after talking to citizens and policymakers, we took a ‘secret shopper' approach and it became clear that simple administrative changes could make a real difference to outcomes.”

There's always the risk that technology, with its ‘sexy' appeal, can and pull resources away from more fundamental civic and policy issues that can often be resolved with simpler solutions.

Listening matters - we need integrated teams and engagement with residents

Another advantage of having an innovation team based within the administrative center is that you avoid an over-concentration of technical experts. As David explains: “There's a risk that the technical experts convene a technical issue and start discussing values without others in the room. Being a tech expert does not give you a privileged ticket to make decisions outside of your domain. I worry about that.”

“Our situation means that integration between scientists and policy people, which is so important, tends to happen naturally. We are in the same building and so inevitably people bump into each other in the hallways and topics come up for discussion. To effectively innovate you really need the scientist in the room so their ears can perk up and they can identify opportunities in an organic way - just waiting for a policymaker to come to you and ask for help is not enough. If you get this right you can break down a lot of turf problems between departments and also between cities and universities. Yes, there may be the odd personality clash and people talking past each other, but through experience, we learn that co-design allows everyone to contribute something useful - and to listen and learn.

It's not only policymakers and administrators who have something to contribute. As David acknowledges, when it comes to understanding the problems innovation should address, nothing is more effective than engaging with residents - the ones who encounter these problems day to day. “It has been a really positive experience to engage with DC residents. As scientists, it's easy to underestimate the ability of people to have complex discussions. We were recently talking about technical issues, for example teaching about causal inference and how confidence intervals work. And we got a lot of feedback along the lines of, ‘hey thanks for not assuming we're dumb, but rather taking the time to really explain that stuff so we could be a meaningful part of the discussion.'"

To effectively innovate you really need the scientist in the room so their ears can perk up and they can identify opportunities in an organic way - just waiting for a policymaker to come to you and ask for help is not enough.

While no one disputes the value of engaging with citizens and taking a science-based approach to resolving the issues they encounter, this is not something that can be done without adequate funding. The Lab at DC is relatively well resourced (it currently has  $1.5 million of hard-won public funding), but the funds look meagre compared to the R&D budgets of private companies. David believes that we should be spending a great deal more on innovation. However, it can be a hard sell to convince people of this.

As David explains: “I think part of it is a lack of public awareness of how much it costs NOT to spend on science-based innovation. If things aren't going well the reflex is to fund less research, but more funding can bring far bigger dividends. Of course, it's a hard abstract argument to make. If you ask, ‘Should we hire another teacher or employ a team of researchers who can improve the way the school functions overall?', most people will instinctively choose the concrete option of another teacher.”

One strategy, which has worked well at The Lab, is to start with external funding and build a series of popular successes that offer proof of concept of research-led innovation. David's portfolio includes a trial of police body cameras to improve law enforcement and a program to predict the locations of rat infestations. David is open about the fact that The Lab set out with a deliberate policy of creating a series of compelling early wins.

He also believes, “We need to have more wins on the front lines - the points at which residents and the administration interact. Our Form-a-Palooza project, for example, is designed to systematically improve all government forms (currently a great source of frustration for many residents) on the basis that, if government can't process a driver's license application quickly and easily, residents aren't going to trust us with more complex issues.”

The Future of American Cities

This case interview is part of our Future of Cities Leaders series. We are launching a handbook, in collaboration with the Boston Consulting Group and the Center for Urban Innovation at The Aspen Institute, to explore how city problem-solvers are using innovation to achieve greater public impact. Our handbook surfaces trends in city innovation, and extracts lessons from conversations with city leaders all over the US on how cities can innovate with intention to address the biggest challenges and create more livable, equitable, and resilient cities. Learn more about the U.S. cities leading the charge. 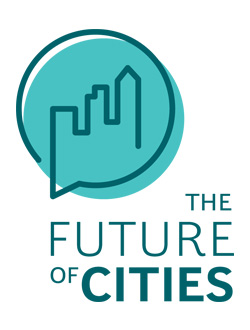 The Future of Cities Leaders Series

Insights from city problem-solvers on how they are innovating with intention to drive change for residents on the biggest challenges. Our findings are detailed in The Future of Cities handbook. 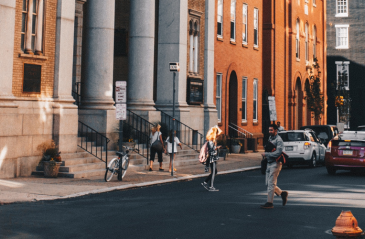 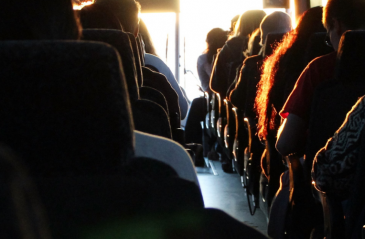 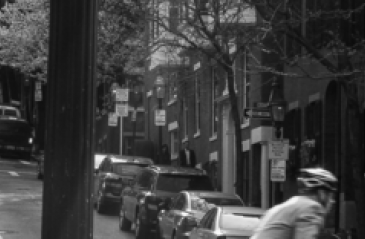