Skip to content
Go back
Commentary May 5th, 2016 |
Infrastructure

All about infrastructure: constructing a brighter African future

The necessary new infrastructure does not often materialise in many cases

When stakeholders are aligned, projects become more bankable and sustainable

Remember that picture of Africa taken from space? The image, captured at night time, displayed a continent shrouded in darkness, bereft of the electrical power that lights up countries and regions elsewhere. As a vivid reminder of the infrastructure shortage challenges facing Africa's one billion-plus citizens, it's hard to beat.

This is by no means a new issue to emerge but it has become particularly acute over the last decade or so. Not for nothing did The Economist in 2011 portray the continent as "Africa rising" burgeoning political stability, the emergence of a flourishing middle class and a fast-growing workforce meant that Africa was increasingly viewed as a beacon of economic hope and potential, attracting attention from investors large and small.

Such factors, including a previous commodity super-cycle, helped underpin a period of growth for a number of African countries, with the sub-Saharan African (SSA) economy enjoying a particularly strong performance its economy has more than quadrupled since 2000. And as economies have expanded, so has demand and expectations for better services.

However, the necessary new infrastructure to meet this demand and keep pace with raised expectations has often not materialised and a check of more recent economic data, finds fewer reasons for optimism. The worldwide fall in commodity prices has  many African countries on the back foot and even the continent's larger economies Nigeria and South Africa, for example are facing strong headwinds that have business and government looking for solutions to stimulate inclusive growth, job creation and an ecosystem that brings more people into the mainstream economy.

All the more reason, then, for Africa's leaders to redouble their efforts to support an ecosystem that is an enabler for the factors above, and in particular continue to drive efforts aimed at delivering the infrastructure their economies and citizens need. The question is how, particularly in the current global context?

Numerous reports have analysed the causes of Africa's longstanding infrastructure gap, but the World Bank's finding that the continent needs to spend more than $90 billion a year between 2010 and 2020 both for new projects and maintaining what is already in place is one that has enjoyed much prominence. It's quite a sum and fully underlines the scale of the task ahead, especially when one remembers that other parts of the world South America and Eastern Europe, for example are also competing for infrastructure investment from sovereign wealth funds, pension funds and the like.

It's pretty clear why the development of infrastructure is one of the top political and social priorities in Africa. Its benefits ripple across borders, strengthening economies by increasing trade and information flows, as well as reducing the cost of business and boosting energy and water supply.  And that's not even counting the extra jobs that would be created and the wider access that countries would gain to their natural resource deposits.

It is for these reasons that the continent established a commonly accepted plan for its infrastructure priorities, the Programme for Infrastructure Development in Africa (PIDA). A joint initiative of the African Union (AU), the African Development Bank, the United Nations Economic Commission for Africa and the NEPAD Planning and Coordinating Agency, PIDA aims to facilitate continental integration through improved regional infrastructure in transport, energy, water and ICT. Most of its projects are trans-national in scope, requiring close coordination and alignment between multiple countries.

The total estimated cost of implementing all the projects identified in PIDA is US$360 billion, dwarfing the financial capabilities of both governments and donors. As a result, developing successful partnerships across sectors, public and private, is critical, as well as prioritising those projects that have the biggest potential impact and stepping up their implementation. An example that aims to follow this model, of this is the work conducted by the AU, NEPAD, the World Economic Forum, the Development Bank of South Africa and The Boston Consulting Group on accelerating infrastructure development along the Central and North-South Corridors.

Both projects, the Central Corridor effort and the North-South Corridor program, are projected to unleash significant social and economic potential in surrounding countries including those landlocked. The Central Corridor involves plans to over the next 10 years to build roads, ports, railways, transmission lines and oil and gas infrastructure, linking the countries of Burundi, Demoratic Republic of Congo (DRC), Rwanda and Uganda. The North-South Corridor, by contrast, links the port of Durban in South Africa to the Copperbelt in DRC and Zambia, and eventually to the port of Dar es Salaam, enhancing improvements to road and rail, as well as boosting new power generation and transmission investments in the surrounding nations.

Pedal to the metal

With hundreds of millions of Africans standing to benefit, it is vital that these projects are delivered on time and within budget. Clearly, though, the sheer scale of what's planned means that there will be barriers to overcome. When issues occur, it is crucial that we can call on the strong support and buy-in of the heads of state involved. Each project also needs to have a national champion one who can continue to bring stakeholders together and effectively communicate the benefits to a wide audience in an iterative manner throughout the process.

The internal structure of each project is another area that needs close attention. The complexity of any cross-border infrastructure scheme means that you have to clearly define the governance and institutional set up in order to foster effective bilateral or multilateral engagement from those affected.

Similarly, project plans need to be underpinned by clear timelines and lines of responsibility, all diligently monitored as the developments progress. Specifically when multiple stakeholders, across sectors, multiple geographies, multiple agencies as well as buy-in at a local, country ad regional level is at stake, the project management becomes critical. This means that strong champions are needed from the get-go, along with an empowered and mandated project office that can align competing interests and conduct a value chain analysis of the project's economics from start to finish.

When stakeholders are aligned, projects become more bankable and more sustainable. For example, there is no need to re-invent the process when it comes to building a dam or an electricity network. Do it once well, and replicate across different territories. At the end of the day, the end result is a growing economy and stable communities a win-win for both public and private sectors.

That so many African countries have achieved substantial economic growth in the face of continuing infrastructure challenges is a testament to the continent's enduring economic strength. But so much more can be done. No-one doubts the commitment of Africa's leaders to strengthen the continent's infrastructure but it's time, now, to accelerate the progress already made.

Let's get to work.

Learning from city leaders: closing the digital and data divide 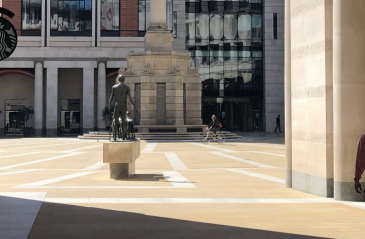 Reimagining Our High Streets: A Call for Connections over Consumerism

What governments can learn from football about building community 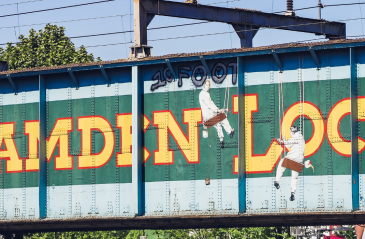