"The priority is to move away from the transactional model that focuses on actions done to people, and build a relational model that could reduce need, increase capacity, and build the solidarity that legitimises investment" @pollymackenzie Chief Executive at @Demos

For generations, we've assumed the greatest efficiency will come from the greatest standardisation. @pollymackenzie believes this has to be replaced w/ personalisation to succees in the complex human system that create, sustain or reduce need

On More or Less, the BBC radio show about statistics, host Tim Harford regularly reminds listeners that the first question you should ask about numbers in the news is a simple one: is that a big number? I asked myself that question when I read a report by another UK think tank, Centre for Mental Health, which predicted that 10 million people will need mental health treatment as a direct result of the pandemic: is that a big number?

The answer is an unqualified yes. 10 million is at least three times the capacity of the UK’s mental health services as they stand, and it took fifteen years of focus and investment to get them to where they are. 10 million isn’t just a big number, it’s an impossibly big number.

Of course, it isn’t just mental health services that face this problem, and it isn’t just in the UK. Public services from prison education to social care have built up backlogs of need during lockdown; and have lower capacity and extra costs as a result of Covid. Everyone is asking for more money, and these demands aren’t just the usual eye-watering sums. Many, from external campaign groups, are from the Centre for Mental Health playbook, and would likely be impossible amounts for a government to ever commit.

From transactional to relational public services

We have to accept that we will not be investing half a trillion pounds - or whatever it might be - to meet all the predicted post-pandemic demand. Instead we need to use this moment of crisis to rethink our model of public service delivery. For me, the priority is for us to move away from the transactional model that focuses on the actions done to people, and build a relational model that has some chance of reducing need, increasing capacity, and building the solidarity that legitimises investment.

The usual metaphor for prevention in public policy is to say that we should be spending money on fences at the top of cliffs instead of sending ambulances to the bottom of them. It is often observed that we spend so much money on ambulances that we cannot afford the fences. But it’s actually worse than that: we are stuck in a paradigm that counts ambulance journeys as a success, and has no real way of measuring the value of fences. In fact, preventing problems makes them invisible and makes it harder to justify spending money at all.

The priority is for us to move away from the transactional model that focuses on the actions done to people, and build a relational model that has some chance of reducing need, increasing capacity, and building the solidarity that legitimises investment.

Most of our theories of public service improvement have been focused on public services as if they are simply a transactional moment between the state and individual citizens. This is fundamentally misguided. Public services pool risk between us; they are funded collectively and utterly dependent on solidarity between us. Whether physically, in the form of interactions at the jobcentre or in the hospital waiting room, or conceptually, as we each pay for one another’s needs to be met, public services are an expression of connection and solidarity between citizens.

So if you want half a trillion for public services, you first need to ask how you might build public consensus for that kind of investment. I believe we cannot build public commitment to acts of solidarity if we conceptualise public services as transactional and individualised. Public services will always be materially and experientially different from consumer experiences. Only when we build a relational model of public service, founded on strong emotional connections between the citizen and the service, and between citizens and each other, will we succeed in strengthening the legitimacy of the state and its role in our lives.

There are three sets of relationships that I believe public services should foster...

Pillar 1: Relationships between the professional and the service user

This is the set of relationships that are usually discussed when we discuss “relational” public services: the relationship between the citizen and the service they access. That might be a GP, a housing officer, a jobcentre adviser, or a police officer.

In the purely transactional model, you are interacting with any professional as a representative of the service. Your interaction is standardised and replicable; it could be provided by a different person every time. In a fully relational model, you interact with the same person every time. People with long-term conditions might benefit from building up a relationship with their GP, so they get more personalised care. A pregnant woman might value seeing the same midwife throughout her pregnancy. An elderly person might want to have the same one or two carers come to help them with washing and dressing. 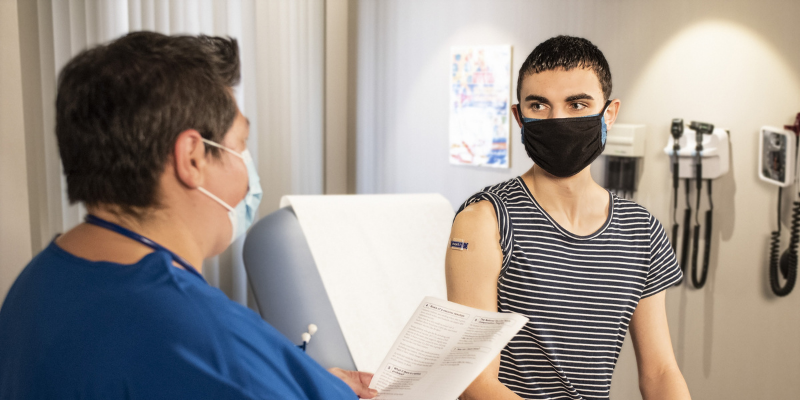 Most people assume that some services can be purely transactional and some are best delivered through relationships. Bin collection and postal delivery have often been cited as examples of purely transactional services, for example. But recently, a government strategy has suggested that postal workers could also provide a low level of community surveillance, looking out for older people who are struggling to get to the door. This is only going to be possible if they have a regular route and some level of connection to the community they serve: they might even do a better job if they care more, and their residents care more about them.

Increasingly, the parts of services that can be completely standardised, and dealt with as transactions, will be delivered digitally with things like web forms and chat bots. That presents us with an opportunity to use human beings involved in our public services to do what human beings do best: relate to one another.

Pillar 2: Relationships between the service and the community at large

Millions of people put themselves forward to volunteer in the NHS during the pandemic. It was enormously challenging for the health service to adapt to the idea of mass voluntary participation in an essentially professional service. But, as time went by, it became clear that volunteers could transform the capacity of the service, as well as reaching people and communities that conventional methods could not reach. All our public services should learn from this example of what can be achieved when formal services and civic society act in concert.

Robert Peel’s most repeated quote on policing is to say that “the police are the people and the people are the police.” In other words, the police are only effective at reducing crime when they are drawn from the people, and when the people participate in policing by establishing norms and cooperating with the enforcement of the law. But this is not an insight which is unique to policing. None of our public services can be fully effective if they are not embedded in the communities they serve, if their actions are not seen as legitimate by those communities, and if they do not mobilise citizen cooperation and voluntary action.

Employment services are more effective if service users see them as allies, not enemies and if the community at large wants to help unemployed people to find work. Social care is more effective if vulnerable people have the support of their family, friends and neighbours alongside formal paid carers. Children’s services can reach more people in need if neighbours, teachers, and friends report their concerns. Recycling rates are higher when people see the value of separating their waste.

When we see public services as individual transactions between one citizen and the state, we miss the opportunity to leverage the community more broadly. So a relational model of public services, leaders should be looking for opportunities to build relationships with the diverse communities they serve, whether through formal volunteering, community engagement, delivery partnerships, collaboration in service design or simply friendly outreach.

The final set of relationships are those between individuals. Relationships are core to our health, our happiness, our employment prospects, our safety, and our resilience. Public services and the welfare state too often treat people as atomised individuals, without recognising that most people are part of families and communities. Strengthening those relationships usually leads to better outcomes for all.

So the final pillar of relational public services should be a commitment to actively foster and develop the relationships between individuals within a community or network. That could mean job centres working to forge networks of current and former job seekers, skills volunteers, and employers. A relationships mandate could mean health services actively establishing and encouraging peer to peer patient networks, in collaboration with the voluntary sector. It could mean hospitals building communities of their patients and supporters. It could mean schools actively supporting parent-to-parent networking and mutual support.

Of course, pioneers and thinkers have been exploring for decades how to turn service into relationships, and how to foster community responses and social capital. New Local, a community think tank, argues for what it calls the “Community Paradigm” of public service delivery. Hillary Cottam, in her book Radical Help, argues that we need localised models of long-term, relational support for people and communities, rooted in place and people. She argues for what she calls “New Power,” subverting hierarchies and putting communities in charge of their destinies.

The challenge is that so many of these pioneering approaches gather their strength from their uniqueness. They are tailored not just to the needs but also to the capabilities of the flesh and blood humans who deliver, take part in, and benefit from them. So national policy thinkers have tended to assume that community-based or relational models cannot be scaled, or replicated, and so don’t deserve their attention. That’s misguided.  You can pursue community politics from the national stage if you build the infrastructure to allow local communities to design and develop their own unique approaches. This requires three things:

You can pursue community politics from the national stage if you build the infrastructure to allow local communities to design and develop their own unique approaches.

Pandemic and demographic pressures are not going anywhere. There is both a compelling need and a unique opportunity for us to try an alternative way of driving change through our public service systems. For a generation or more, we have assumed the greatest efficiency will come from the greatest standardisation. That assumption has to be replaced with the understanding that only personalisation has a chance of succeeding in the complex human systems that create, sustain, or reduce need.

REPORT: Inequities & Innovation in Mobility During the COVID-19 Pandemic