Explore the Fundamentals
In 1996, the African National Congress (ANC) came to power in Cape Town’s municipal elections against a backdrop of gang violence and urban poverty. One of its community development initiatives was to create Area Coordinating Teams, which encouraged community engagement in defining and delivering local services.

The focus of the work on Cape Town's public services was its Directorate of Community Development (ComDev), which aimed “to improve the conditions in disadvantaged areas so that residents had better access to resources, services, and decision-making”. [4]

In the 1990s, the city of Cape Town and its surrounding area was home to many violent gangs, such as the Hard Livings, led by Rashaad Staggie, the Americans, the Junky Funky Kids, the Sexy Boys and the Mongrels. "Violence in neighbourhoods on the outskirts of Cape Town, South Africa, escalated in the late 1990s. In areas like Manenberg and Hanover Park, gangs dominated community life, interrupted the delivery of public services, and in some instances threatened civil servants working in housing offices, medical clinics, and libraries.” [1]

The first democratic local elections for many years were held in 1996 and led to an African National Congress (ANC) victory. The newly-elected “city officials sought new ways to reduce the impact of the gang presence on the delivery of community services". [2] However, there were 60 gang-related killings in 1998 and city officials were further impeded by natural disasters, such as the August 1999 tornado that “devastated the Cape Flats, a working-class area on the outskirts of Cape Town”. [3]

The ACTs “provided a space for local participation in development projects and laid the foundation for progress through:

In a 2004 survey of residents of the Cape Flats township of Manenberg, more than 74% of respondents said that since the establishment of the ACTs, they had become “more aware of the role of the city council”, while 55.5% said the ACTs held the council accountable. [7] This focus on an alternative to gang-life for young people was continue in the mid-2000s by the Proudly Manenberg campaign, which, like the ACTs, “gathered key stakeholders in the community to chart a social and economic development plan that centred on local empowerment”. [8]

While Vawda and his ComDev staff created the ACTs, the local officials and community leaders discussed development projects with the public in order to help the departments implement the various ACT projects. “The teams comprised local councillors, city officials from all divisions of the city, officials of other spheres of government, and leaders of community-based organisations who met monthly in order to gather information on local conditions and service-delivery plans and to discuss potential courses of action. The meetings were open to the public.” [9]

Vawda was appointed as the head of ComDev after the new government came into power. He was given a clear target to eliminate poverty by coordinating social development projects. The government backed the efforts of ComDev. “In 1994, when a national election officially ended apartheid and the ANC came to power, the alleviation of inequality and the redressing of historical injustice were the new government's policy priorities. For many parts of the City of Cape Town that were wracked by racial and socioeconomic divisions, the local government became the primary service provider for newly enfranchised communities.” [10]

However, Vawda's role came to an end in 2000, after the ANC was defeated in the December local government elections: “following its victory in municipal elections, the Democratic Alliance Party eliminated ComDev and removed Vawda from his position as executive director”. [11]

When Vawda was appointed as the executive director of ComDev, “gangs were obstacles to [his] objectives, and community participation did not come easily in many neighbourhoods ... gang leaders were often viewed as Robin Hood figures ... battling against the injustices the community faced”. [12] The gangs were also a barrier, threatening reprisals if residents accepted the local government's offers of assistance.

As a result of the ACTs, by 2004 citizens of the Manenberg township saw an improvement in communication: “about half (51%) said communication from the council to the community had improved since the beginning of the programme” (see Public impact above). [13]

The objectives were clear and stated. When Vawda was appointed as the head of ComDev, he was given the task of coordinating development projects in order to eliminate poverty in a context of widespread gang warfare. These objectives remained stable throughout as Vawda formed ACTs which recognised development projects in consultation with the people and local communities.

Between 1999 and 2000, eight pilot ACT forums were created, of which two (in the Manenberg and the Hanover Park townships) were very successful. “Their success rested on Toms’ success at lobbying the city council and its line managers on the forums’ behalf. After meetings, Toms, using his prominent position and profile in city government, would call on senior managers in different departments to respond to needs the communities had identified.” [14]

The legal, financial and human resourcing feasibility of the ACTs was carefully addressed:

The ACTs were created by Vawda and Toms, both of whom had management skills and experience:

In every monthly forum, ACT's chairperson and local councillor used the feedback received to identify the development projects to target in order to ensure to minimise confrontation with the Cape Town gangs.

There were no measurement functions incorporated in the policy of ACTs through which it could be monitored.  “Aside from public opinion surveys, the directorate lacked clear data for measuring the impact of the ACTs on socioeconomic indicators." [18]

ComDev was instrumental in rebuilding public confidence in local government and its officials, despite the antipathy of local gangs. It achieved this through engaging local citizens in the meetings and activities of the ACTs and by backing issues such as women's rights, elders' rights and youth programmes. “The meetings were open to the public and functioned as forums for city officials and local leaders to discuss development projects ... Vawda designed the meetings as open forums in order to give voice to residents and so as not to enter into direct confrontation with the gangs, and ComDev actively recruited the community and religious leaders in order to ensure that key stakeholders were present.” [19]

However, although the ACTs survived the winding-up of ComDev, it was resisted by the gangs, the police service, and the Democratic Alliance party. 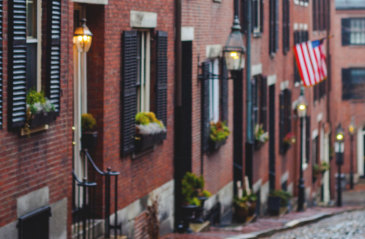 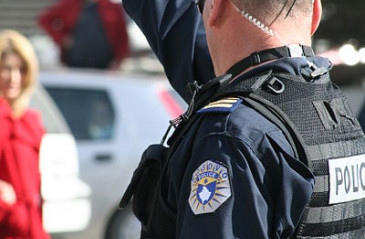 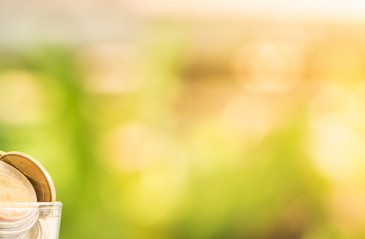