In 2012, the city of Chicago responded to the economic slowdown and tighter administrative budgets by introducing its Innovation Loan Fund. It provided US$20 million to invest in innovations that could result in cost-savings or increased revenue. The fund focuses on experimental ideas that might not get approval through a conventional process, but which have the potential to make daily life a bit easier for Chicago’s citizens.

In January 2012, Mayor Emanuel launched the city's The Innovation Loan Fund (ILF). It consists of US$20 million to be invested in innovative and entrepreneurial projects in the city for which no other funding is available. To be given funding a project has to have the capacity to improve a department's operations and improve the service to Chicagoans while reducing cost or increasing revenue.

The fund focuses on projects that improve efficiency and reduce the time people wait for services such as starting a new business, extending their home or getting a permit for a street party. The existence of the fund challenges city departments and employees to submit proposals that will help keep Chicago ‘ahead of the curve', according to the mayor. According to the then budget director “it will allow us to invest in projects that otherwise we wouldn't be able to fund during these difficult times”. [1]

The ILF is managed by the city's Office of Budget and Management (OBM). “The savings and revenues achieved through selected projects will be used to repay the loan capital, and savings above the loan amount will be reallocated to the Department to invest in further innovation.” [2]

In the first budget cycle, a dozen ideas were given serious consideration and four received funding, principally IT projects. These comprised:

The years since the financial crisis of 2007-08 have been difficult ones for American cities. Chicago, for example, has recognised that it does not have the money available to approve many of the experimental projects that it would have liked to fund. The city administration looked for a way of continuing to innovate while keeping tight control over its budget.

This is an internal Chicago City Council initiative. The 2012 budget, which contained the proposal for the ILF, was passed with unanimous City Council support. The ILF programme has engaged city agencies in the planning process and involves all employees in making suggestions for potential innovations.

There has been serious political commitment from the mayor, Rahm Emanuel to the fund. He stated in the 2012 Budget Address (released in October 2011) that it would help bring Chicago’s public services into the modern age. “That’s why we are proposing an Innovation Fund for Chicago’s future. By securitizing the city’s existing contract for bus-shelter advertising, we will generate 20 million dollars to establish a revolving-loan fund. This will enable us to invest in new technologies.” [5]

The objectives are clearly stated – to identify innovative projects for which funding is otherwise unavailable but which demonstrated innovation, accountability or entrepreneurship. The ILF employs a panel consisting of private and public sector individuals to select and review project proposals for innovation funding, each project being evaluated against those criteria and monitored to ensure that the objectives are satisfied.

The ILF proposal emphasises that the fund will not make use of additional resources or impose extra financial burdens on the city. Remarks made by the mayor indicate that the proposal was studied and possible project options explored, but there was no formal feasibility study.

The financial feasibility is established through the securitising existing advertising contracts. Given the budget deficit, the fund has been set up such that the projects will pay for themselves within five years.

Each initiative has to have a clear purpose, e.g., the building inspections scheduling system. “The city government currently carries out eight separate inspection functions housed in ten different departments. This drives up costs, drives small businesses crazy and provides multiple opportunities for corruption. By using new technologies for inspections and posting results on the Web, we can consolidate these many inspections into one centralized function. This will save time and money and make Chicago a better place to do business, while keeping consumers and taxpayers better informed.” [6]

The ILF is managed by the OBM. The key management function is provided by the ILF project reviewing authority. Projects undergo a competitive evaluation based on multiple criteria which ensure that the overall aim of the Fund is met. The delivery context is well understood since the projects are delivered by city departments and evaluated by a panel who are familiar the city administration and its workings. Audits and progress reports ensure that the funding decisions are transparent.

Each application is reviewed by OBM to ensure it meets all of the requirements, and its decisions must be approved by an Oversight Committee which includes the city's CFO and COO.

ILF projects are evaluated based on cost-savings, revenue generation and service improvement. Departments awarded an innovation loan are required to submit quarterly progress reports, to ensure that the goals are being achieved. At the direction of the Oversight Committee, an innovation project may be subject to an audit at any time. The OBM is responsible for ensuring proper progress monitoring and public accountability is achieved. Each project application includes a list of proposed metrics as part of the proposal.

In 2012, the OBM worked closely with city departments to ensure that the important initiatives that were a part of the 2012 budget were implemented in a timely and coordinated manner. The project reviewing authority also identifies proposals that may not generate enough savings to be eligible for a loan, but are worth pursuing and can be funded through other means.

The mayor has also detailed City Hall staff to assist the agencies in the proposal development process, providing added capacity and critical insight.

After the initial wave of applications, the submissions slowed. The city realised that agencies with potential for innovation lacked the resources to generate detailed proposals. To remedy this, the city shifted from requiring detailed proposals to inviting a one-page initial summary. The streamlined process saves the agency sponsor from investing too much time in an unpromising idea and encourages more submissions.

How Chicago saved its small businesses 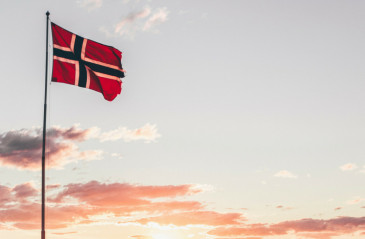 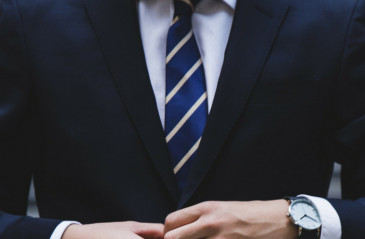 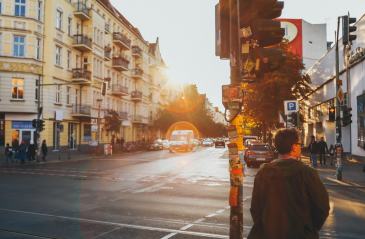 The Hartz employment reforms in Germany