The digital divide in Australia

The Australian city of Melbourne had, in the early 2000s, a number of pockets of deprivation, such as the Atherton estate, which were cut off from the benefits of mainstream society. The state government saw a potential solution to this social isolation by giving residents free access to computers and the internet and to relevant, skills-based training.

The e-ACE initiative was the solution devised by InfoXchange Australia, a not-for-profit ISP specialising in technology services for welfare and service agencies, working together with the state government of Victoria. The project was officially launched by Victoria's Minister for Human Services in June 2002.

The e-ACE project aimed to:

The Atherton Gardens estate is located in the Fitzroy district of Melbourne and consists of four 20-storey tower blocks and 800 dwellings in all. In 2001, it housed some 2,000 residents and was home to a multi-ethnic, multilingual and multi-faith population living in low-income households, often with poor English. Many lacked specific job skills and general education and training. A significant proportion suffered from substance abuse and many from mental or physical ill-health.

Residents also lacked effective information on social services. They were unlikely to have access to computers or the internet, at a time when welfare and employment agencies were increasingly providing information online.

There is substantial evidence to indicate that the e-ACE project had been a success:

The computer-related training provided as a component of the e-ACE initiative was especially helpful to residents, to improve their computer skills and increase their interest in undertaking further education.

The project eventually received a lot of support from a variety of external stakeholders, principally the state government of Victoria, the city of Yarra, and InfoXchange. During 2000, other partners, including Hewlett-Packard, Microsoft, Lucent Technologies, BYTE Technologies, and the Brotherhood of St Laurence pledged their support. InfoXchange encouraged residents to volunteer, as helpdesk staff, technicians and e-ACE project workers. A number of residents obtained employment on or around the estate, and more were able to do accredited training, supported by job creation funding.

In general, though, most members of the Atherton Estate community, who were key stakeholders, had faith in the overall objective but were unwilling to take part in the project. Interestingly, the most cautious and sceptical assessments of the project have come from within the community and not-for profit sector partners. From the perspective of community workers confronting the effects of intergenerational poverty, illiteracy, lack of English and alienation, in an environment where a broken lift, violence in the corridor and discarded needles on the stairs posed more immediate problems, giving residents free computers and expecting them to use the technology seemed like “a ‘space age' idea for a ‘stone age' context.” [1]

The project also suffered from a lack of initial support from the government agencies, as evidenced by long periods of negotiation, although all these issues were eventually resolved. It is “a complex instance of the labour of negotiation involved in social administration.” [2]

Political commitment fluctuated during the project. Initially, government support was hard to procure, but after tough negotiations the project received funding from the Victorian Office of Housing and the contract was awarded in 2001. The project never received repeat funding, however.

The Atherton Estate residents' confidence in the e-ACE project was mixed:

There was lack of clarity about the purpose of this project between various stakeholders. Even at an early stage of the project, it was clear that the organisers and funders had “very different and sometimes competing conceptions” of the purpose and significance of the project and of what would constitute success. [3]

For InfoXchange, the main point of the project was to give computer and internet access to people who had been caught on the wrong side of the digital divide. For the funders, it could be seen as more of an exercise in building community and in increasing employment opportunities.

While the parties involved in the creation of the plan and proposal for the project conducted an initial survey, the project did not really draw on any similar existing case or a proper study or pilot. The project did originate out of a growing need, however:

Most feasibility concerns were overlooked and left unaddressed. Cost-benefit analysis, technology issues, funding, and schedules were not fully accounted for, and emerged as problems later on. Among these problems were:

The project was managed by InfoXchange and community volunteers. There was severe distrust between community members. Data was not used effectively in solving problems, and there were disagreements within the management team (for example, regarding the business model).

In addition, residents from other housing estates in Melbourne started to feel entitled to affordable technology, too, which put pressure on the alliance with the Office of Housing.

The government organisations granted funding based on the condition that the project would be reviewed and tracked throughout. Measurement captured effectively the outcomes that were expected, although it was not used to adapt to policy. Consistent monitoring formed part of the mechanism and was delivered effectively:

While there were partnerships in place, and there was alignment of objectives, the community was often a reluctant participant. There were also differences in purpose, this lack of alignment being further fuelled by an information gap between the stakeholders.

It was still remarkably difficult for either government or community agencies to obtain accurate information about who was living on the Atherton Gardens housing estate at any given time, quite apart from information about their social needs and sources of income. It was correspondingly difficult for tenants to get accurate information from agencies about what they were entitled to and what they were supposed to do in order to get social support. 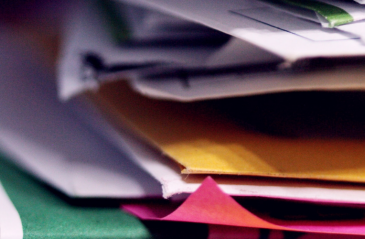 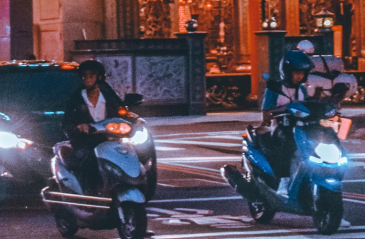 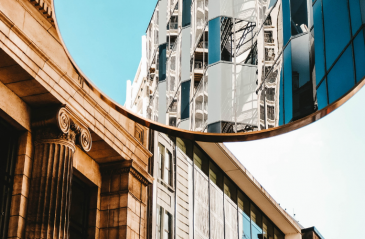