The Municipal Natural Gas Infrastructure Development Project is a nationwide initiative in the People's Republic of China (PRC) to encourage a more ecofriendly generation of energy. While in the past the country had been very dependent on the use of coal to provide its power, its focus shifted to natural gas and, in particular, the downstream sector. Partnering with the Asian Development Bank and China Gas Holdings, the PRC facilitated an expansion of the delivery of natural gas to its industries and citizens.

This was to bear fruit in 2006. ""In August 2006, the Board of Directors of the Asian Development Bank (ADB) approved the Municipal Natural Gas Infrastructure Development Project, which allowed for both loan and equity participation of ADB to support the investment plan of China Gas Holdings (CGH) to fund a series of new natural gas distribution infrastructure projects in municipalities across the PRC."[4]

This coexisted with a number of additional aspects of the initiative. "Specifically, the project aimed to (i) prevent further environmental degradation; (ii) provide flexibility in energy supply; [and] (iii) help lower overall exposure to the volatility of oil prices and contribute to the stability of the economy."[5]

The government also sought to "demonstrate social responsibility in local municipalities by enforcing provincial policies that stipulate the preferential supply of natural gas to households first, prior to developing the industrial customer base".[6]

The overall initiative was the Municipal Natural Gas Infrastructure Development Project, which was approved in August 2006. "ADB supported the project in terms of loans and provided training to municipalities. All the CGH-developed joint ventures were required to sign a concession agreement with the municipal government. An institutional capacity-building component was also a part of the project."[7]

Having begun with eight cities, the project has now grown to cover 196 cities in 21 provinces.

Coal mining and its use as a source of energy in the People's Republic of China (PRC), for example in industrial furnaces and coal-fired power stations, has had a very negative environmental impact throughout the nation. "The extensive use of coal has led to serious local, regional, and global environmental problems, such as severe air pollution, acid rain, and greenhouse gas emissions. A report released in 1998 by the World Health Organization notes that of the 10 most polluted cities in the world, seven are in the PRC. Sulphur dioxide and particulates produced through coal combustion are two major air pollutants, resulting in the formation of acid rain, which now falls on about 30% of the PRC's total landmass. Industrial boilers and furnaces consume almost half of the PRC's coal and are the largest single point sources of urban air pollution."[1]

The PRC government has long needed to reduce the use of coal and to promote alternative cleaner energy sources. "To minimise environmental degradation, the government is working to reduce coal consumption and increase usage of cleaner fuels such as natural gas, which currently represents less than 3% of the energy mix in the country. While the government has restructured upstream oil- and gas-producing companies, the lag of reforms in the downstream sector continues to be a bottleneck to greater expansion of natural gas distribution services. Local gas distribution companies, which would play a key role in a competitive gas market, remain controlled by the municipal government or state-owned enterprises."[2]

The Municipal Natural Gas Infrastructure Development Project has achieved significant public impact. "Today, after more than three years of successful operation, the project is delivering on its economic and environmental promise. In 2011, natural gas was delivered to more than 3.7 million families in 110 cities across the PRC. Natural gas volume reached 2.3 billion cubic metres. In addition, the project has provided job opportunities and investment for the local economy, with training including operational safety and corporate governance."[8]

The project has reduced pollution, including the emission of greenhouse gases, and increased quality of life for urban residents through achievements such as the following:

The contractor, CGH, had also enhanced the nation's downstream capability. "As of 30 June 2010, CGH had built and was operating natural gas pipeline networks with exclusive concession rights in 123 cities, up from 48 cities as of March 2006. CGH had completed natural gas connections for 4.8 million domestic households, 792 industrial users, and 32,414 commercial end users."[10]

The main project stakeholders were the PRC government, the ADB and CHG.

ADB provided finance for the project as well as corporate governance training to municipalities in the PRC. "In August 2006, the Board of Directors of the ADB approved the Municipal Natural Gas Infrastructure Development Project, which allowed for both loan and equity participation of ADB to support the investment plan of CGH to fund a series of new natural gas distribution infrastructure projects in municipalities across the PRC."[11] Its engagement was clear, as it provided training as well as funding. "ADB's financing and corporate governance training brings cleaner energy to municipalities across the PRC."[12]

CGH was engaged in the project delivery: "ADB assistance was intended to support a CGH investment plan to establish, acquire, and operate natural gas distribution services in municipalities through project companies". [13]

The PRC government played a vital role in the Municipal Natural Gas Infrastructure Development Project, taking the necessary steps to reform the downstream gas market. Moreover, there were encouraging regulations in place like the relaxation and diversification of downstream distribution network ownership, focusing in particular on private sector ownership, as the government was pushing for private actors to participate. "Recently, the government has taken steps to reform and liberalise the gas market; key among these include (i) lifting restrictions on natural gas usage for the fertilizer subsector and accelerating the penetration of natural gas into both the power generation and residential subsectors, and (ii) opening up the downstream gas market to foreign and private investors."[14]

It also realised that the abundance of domestic natural gas had great potential in terms of external sources of energy. "The PRC government is working to rein in coal consumption and to increase the use of cleaner fuels such as natural gas, which represents about 4% of the country's energy mix."[15] This was also consistent with the national policy to develop western China, "which has natural gas reserves, to drive forward the much-needed economic development of the region".[16]

The objectives were clear and comprised the following (see also The Initiative):

The objectives of the project remaining consistent throughout and measurable over time, for example in 2011 natural gas was delivered to 3.7 million families in 110 cities.

The financing feasibility was addressed through relationships between the ADB, CGH and the PRC government. "CGH first approached ADB for assistance to fund the required capital investments in October 2004. After concept clearance in February 2005, ADB conducted due diligence, efficiently examining technical, legal, environmental, social, and financial aspects. ADB took the lead in structuring and negotiating the terms of the legal documentation."[18]

The funding took the following forms: "in line with the government's initiatives, ADB has made an equity investment of up to USD25 million in CGH; and has arranged a USD/CNY dual currency loan of up to USD50 million, the commercial co-financing of a USD75 million loan, and corporate governance improvement programme under the Municipal Natural Gas Infrastructure Development Project".[19]

There were two legal issues, one regarding environmental law and the other regarding the law of public-private partnerships:

The management of the Municipal Natural Gas Infrastructure Development Project was largely overseen by the ADB and CGH. The oversight included features such as carefully considered concession arrangements, capacity-building components and knowledge transfer:

The ADB also maintained its oversight through a number of site visits (see Measurement below).

Effective measurement functions were incorporated as a part of delivery, and independent and timely evaluations of the projects were conducted, with results being published in the Annual Review Reports.

Two different review processes provided rating of the project, one being the Extended Annual Review and the other an independent evaluation. Additionally, a framework was clearly defined to assess the development effectiveness, with indicators including the amount of private sector investment attracted and the increased use of natural gas in the PRC over the period of the project.

ADB closely monitored project implementation through regular site visits, reports, financial statements, annual business plans, environmental and social monitoring and reporting, and annual reviews that comprised both field and desk reviews. Both borrowers and the project sponsor have complied with all reporting requirements in a timely manner. "ADB has always kept itself up to date and fully informed about the project and CGH performance in all material areas and has used this knowledge proactively to improve the project development outcome... The project is delivering its economic and environmental promise. In 2011, natural gas was delivered to more than 3.7 million families in 110 cities across the PRC. Natural gas volume reached 2.3 billion cubic metres."[23]

There were, however, two areas cited by the ADB in which the measurement fell short:

The ADB was aligned with CGH in their efforts to increase the use of natural gas and hence made an equity investment. Moreover, it also provided the required training to the municipalities. Other stakeholders like the field workers were also aligned with the common interest and were successful in delivering natural gas to more than 3.7 million families in the PRC. All the actors involved cooperated effectively and were equipped to execute their part of the project. The PRC government made the necessary reforms to involve the private sector, e.g. through encouraging private sector participation and relaxing the regulations that discouraged foreign involvement. 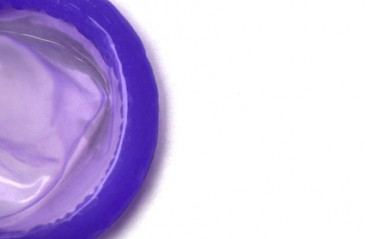