Zambia has one of the world’s fastest growing populations and it also suffers from high levels of maternal mortality and unwanted pregnancies. Soon after the 2012 Family Planning Summit in London, the Zambian government initiated an eight-year plan to improve the awareness, take-up and distribution of contraception throughout the country.

In September 2012, the Zambian government initiated an eight-year plan to ensure that the following commitments were put in place by the year 2020:

The Integrated Family Planning Scale-up Plan 2013-2020 is implemented by the Ministry of Community Development, Mother and Child Health (MCDMCH) working in partnership with the Ministry of Health. The plan covers the 2,250 Health Posts (HPs), 1,000 Rural Health Centres (RHCs), 200 Urban Health Centres (UHCs) and 71 District Hospitals that form the large network of health institutions spread across Zambia.

Its objectives include spreading awareness, improving the distribution of contraceptives, reaching rural and underserved areas, and helping all Zambians adopt family planning practices. The cost of the plan over the eight years of its existence is expected to be ZMW591 million (approximately US$109 million).

In 2011, Zambia had one of the most rapidly growing populations in the world. “Women in Zambia have, on average, six children. That number has barely shifted in recent decades. Contrast that with global fertility, which has fallen from five to two and a half children since 1950.” [1] There are number of causes, one of which is the lack of availability of contraception. “Lack of access to family planning services is a major contributor to the 16% of births which are reported in Zambia as unwanted, and particularly the estimated 30% of maternal deaths caused by unsafe abortion.” [2] It has “one of the highest maternal mortality ratios (591 per 100,000 live births)”  [3] in the world.

In the global Family Planning Summit, which was held in July 2012 in London, there was renewed global interest in, and support for, supporting family planning initiatives in poorer countries, including Zambia.

It is intended that, during the eight years of the Plan, from 2013 to 2020 inclusive, there will have been over 900,000 new users of contraception. As a result, the following negative outcomes will have been averted during that period:

There is active participation from the Zambian and foreign governments, NGOs and civil society. The programme implementation is funded by the UK’s Department for International Development (DFID) and implemented by Abt Associates. The Zambian Ministry of Health and MCDMCH work in tandem with NGOs such as UK Aid and the Gates Foundation.

There is clear political commitment from the minister at the MCDMCH, Emerine Kabashi (and initially from Joseph Katema, the minister at the time of the plan’s inception). The MCDMCH is responsible for family planning services and for the 2013-2020 plan. The plan is supported by other ministers in the Zambian government and by engaged politicians in other countries’ governments, e.g., from the UK’s secretary of state for international development.

The high levels of awareness of family planning among Zambian citizens have not translated into its widespread adoption.

In July 2012, family planning stakeholders from around the world met at the London Summit on Family Planning. DFID and the Gates Foundation partnered with UN Population Fund (UNFPA) to host governments, donors, civil society, the private sector, the R&D community and other interest groups to mobilise global policy, financing and service delivery commitments to support family planning initiatives in the poorest countries of the world.

The estimated cost involved in implementing the programme was measured during the planning phase itself:

There is a scarcity of people at the Ministry of Health to manage the implementation of the policy. The Ministry is responsible for commodities and provincial coordination while the MCDMCH is responsible for policymaking and district coordination. It has limited resources and will need to be scaled up to ensure the successful implementation of the 2013-20 plan.

There is a central database which was designed to compile and publish data on family planning in Zambia. The Health Management Information System is the data reporting system for the country and provides user and facility level statistics on the core indicators that are relevant to family planning. However, the many discrepancies in the data that is collected at the grassroots level make the compilation and reconciliation of data difficult at times. 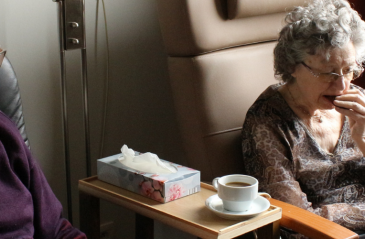 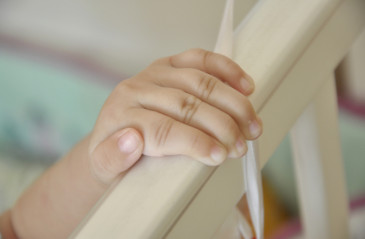